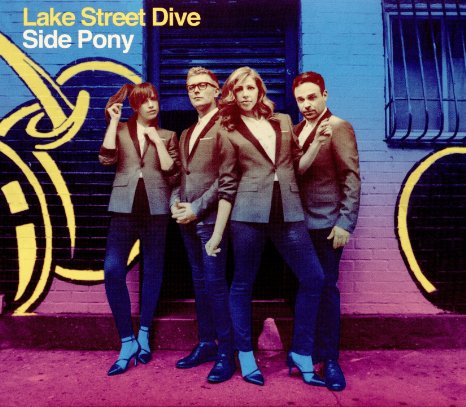 It doesn’t get much more wonderfully pop than Lake Street Dive. And with the band’s latest, they’ve produced their best – so far.

The quartet was founded by Minneapolis guitarist Michael “McDuck” Olson and named after the city’s infamous thoroughfare and its stellar collection of seedy dives. He met up with drummer Mike Calabrese, string bassist Bridget Kearney, and vocalist Rachael Price at Boston’s New England Conservatory of Music and the group was formed.

Price is a force of nature, with vocal gymnastics that never end, blending elements of Aretha and Janis, plus a bit of the Beatles thrown in for good measure. And the band is never less than tight and swinging.

It’s Olson’s sublime guitar work that glues it all together. He hits tasteful fills that would make Steve Cropper envious on the title track, dazzles with retro disco licks to propel “Call Off Your Dogs,” adds ABBA-esque riffs on the superb “Godawful Things,” and wails with glorious power pop on “Hell Yeah.”