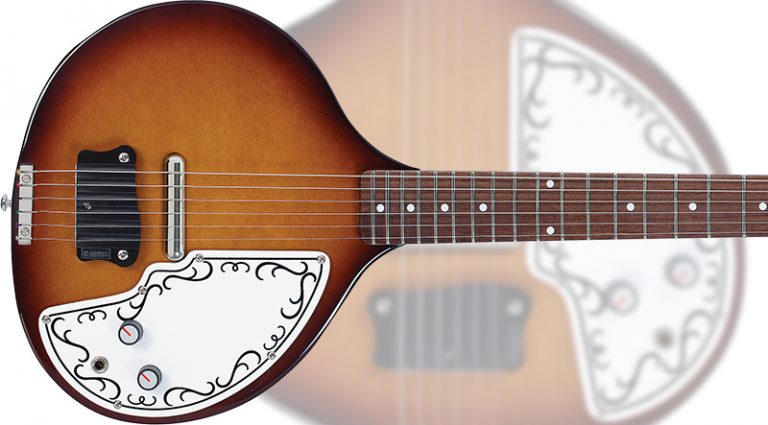 Legend has it that during a break in the filming of Help!, George Harrison picked up a sitar left behind by the prop men and attempted to play it. Soon after, he began taking lessons from sitar virtuoso Ravi Shankar. Then, when John Lennon brought forward the droning drop-D composition that became “Norwegian Wood (This Bird Has Flown)” during recording sessions for Rubber Soul, George suggested doubling the melody riff with his sitar. Thus was born another new pop sound to go along with chimey Rickenbacker 12-strings and tambourine backbeats: the subcontinental buzz of sitar and tabla.

The sitar found its way onto tracks by, among others, the Rolling Stones (“Paint It, Black”), the Kinks (“See My Friends”), and the Yardbirds (“Heart Full of Soul”). Harrison continued to explore the instrument’s tonal possibilities in his own compositions (“Love to You,” “Within You, Without You”) and those of his fellow Beatles (“Tomorrow Never Knows,” “Across the Universe”). As they did with the electric guitar, the Beatles perhaps would have spawned a worldwide sitar craze if not for one little problem: the sitar is quite difficult to play, let alone master.

In 1967, Danelectro breathed life into the sitar fad with the introduction of the first “electric sitar,” which they dubbed the “Coral Sitar.” More accurately, the instrument was an electric guitar with a distinctive sitar-like sound, rather than the traditional acoustic model made in India. Despite producing similar sounds, the two instruments were really completely different. The Coral Sitar was strung, tuned, and picked just like a standard electric guitar, making it much easier to play than a real sitar. In addition to its six standard guitar strings, the Coral Sitar had up to 11 non-picked “sympathetic” strings intended to produce the droning tone of the real thing. The Coral Sitar achieved its sound primarily thanks to a bridge that was essentially a flat bar over which the strings vibrated and subsequently contacted at different points, resulting in harmonic overtones and musical buzzing very similar to the tones produced by the traditional Indian sitar. But even with an additional pickup under them, the drone strings on the Coral produced a sound sometimes difficult to amplify.

Now Danelectro has reintroduced the electric sitar concept, this time with the six -string Baby Sitar that jettisons the less-appreciated drone strings while retaining a sitar tone with the “buzz bridge.” While the round body, warm brown color, and “thermometer” headstock are reminiscent of the instrument’s acoustic brethren, the Baby Sitar plays just like a guitar. The bolt-on, 25″-scale neck with 21 frets has a familiar feel, with a low action and a relatively flat radius. Unplugged, the Baby Sitar sounds a bit like a bad case of fret buzz, but plugged in it’s a whole different story. You can’t help but begin the opening riff to “Paint It, Black.” It has that unmistakable incense-and-love-beads tone that might even compel you to sit cross-legged on the carpet, exploring hammer-ons and pull-offs in exotic scales and meters. The single lipstick pickup, located immediately in front of the buzz bridge, delivers clear tones. We liked playing it on an amp with plenty of headroom and a touch of reverb, but a little bit of grit adds interesting texture, especially when working over some old standby Jimmy Page riffs. In fact, many classic mid-’60s and early-’70s riffs sound very cool on the Baby Sitar.

We also explored alternate tunings and fingerpicking. Open tunings introduce a natural drone that complements the sitar’s tone, especially when fingerpicking an alternating bass pattern. Stephen Stills’ lead on Neil Young’s “Ohio” seems tailor made for the sound of the electric sitar. Who knew? About the only things that didn’t sound great on the Baby Sitar were power chords, but that should be expected.

Danelectro’s Baby Sitar turned out to be a lot more than meets the eye. It’s fun to play and, more importantly, it produces a tone that is far enough away from a typical guitar that it will invite you to play differently than you might otherwise. The Baby Sitar may not necessarily be mind-altering, but it can open up a whole new perspective on guitar tones and creativity. Om!