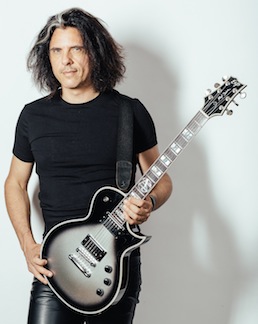 Guitarist Alex Skolnick is set to participate as a professor at this year’s Warwick Bass Camp, in Markneukirchen, Germany. Among his sessions at the camp will be a discussion on band interaction, assignment of tasks within a song, arrangements, and other topics. A faculty member of the Musicians Institute, Los Angeles, Skolnick is the lead guitarist of Testament and leader of The Alex Skolnick Trio. He has recorded and toured with Ozzy Osbourne, Steven Tyler, Joe Walsh, Robert Randolph, Roger Daltrey, Living Colour, and Horacio “El Negro” Hernandez. In 2014, he released an album of acoustic music, and his credits include an instructional DVD and guest-speaker slots at universities around the world. For more, visit warwick.de.