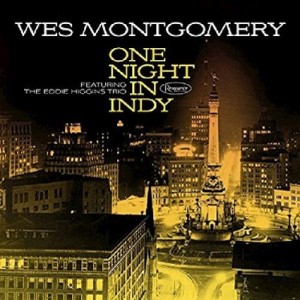 There’s not a lot more that can be said about Wes Montgomery that hasn’t already been said. But new recordings keep surfacing, almost demanding more superlatives about his playing. Suffice it to say that he’s one of the most-loved jazz guitarists ever, and this recording, recently discovered from a January 18, 1959 performance by Montgomery and the Eddie Higgins Trio will do nothing to harm that reputation.

It’s not just Wes’ chops, although he’s got plenty of those. The sound itself is incredible. His tone on a version of Monk’s “Ruby, My Dear” is a thing of beauty. His vision of soloing matches the tone. His swing on “You’d Be So Nice To Come Home To” is impeccable. And he plays with a fire that players dream about: on “Give Me The Simple Life,” his solo ends with a block-chord section that is stunning.

It would be a lot to ask for more of these Wes rarities to keep turning up, but one can always hope.