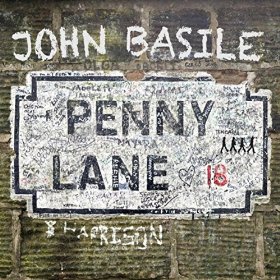 By many standards, this shouldn’t work: a group of songs by the Beatles done in jazz arrangements. Not only that, it’s one guitarist, using MIDI technology, playing all the parts – guitar, drums, bass, strings, and any other noise on the record. So, you have an improvisational music that should be driven by musicians playing off each other done by one fella. And, incredibly enough, it works just fine.

What makes everything fly is John Basile’s high level of musicianship. His arrangements are compelling as he keeps just the right amount of familiar melodies and then branches off from there. So, “A Fool On The Hill” gets a Latin treatment that gives us the melody we all know and love before he plays a thoughtful, tasty solo. “I Want To Hold Your Hand” rides a swinging lilt you’d never expect with some major-league soloing from Basile. “While My Guitar Gently Weeps,” a song done to death, gets a fresh Latin take that gives it new life.

Whether you consider it jazz or just one man’s doodling doesn’t matter here. It works as a batch of songs with arrangements that stand on their own.