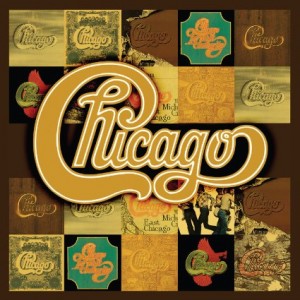 It’s simplistic to say, but as these two box-sets of 10 discs apiece show, Chicago’s history really consists of two bands: one with Terry Kath as lead guitarist, one of the vocalists, a major songwriter, and all-round supplier of soul; the other a somewhat wandering band that had more to do with making hit records than it did good music.

For proof, put on any of the first three discs and hit play. Kath’s picking is stunning at times. “I’m A Man,” “South California Purples,” “In the Country,” “25 Or 6 To 4,” “Sing A Mean Tune Kid,” and countless others show a player in complete command of his instrument, whether leaning to rock or jazz. His vocals, obviously heavily influenced by Ray Charles, were easily the strongest in the band. Even when he didn’t play as much guitar on the later records he was on, his vocals carried plenty of tunes. Check out “Brand New Love Affair” from Chicago VIII for proof.

While there were some moments for the band after Kath’s death in ’78, these releases show they are few and far between. For the band, and Kath’s best moments, get the first box here and enjoy.