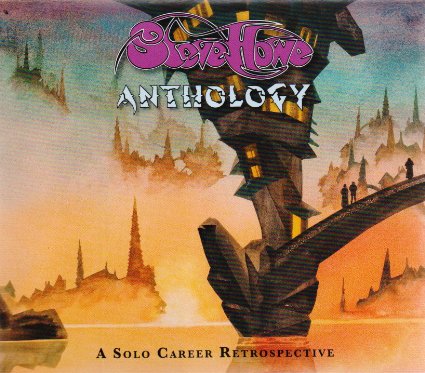 It’s been 45 years since Steve Howe joined Yes, but in 1975, he launched a parallel solo career that’s still going strong. For this collection, Howe has picked 33 of his favorite solo tracks, many of which are wonderfully quirky, yet display his agile, dizzying guitar lines.

After a solo hiatus, Howe returned in the ’90s with the excellent Turbulence and A Grand Scheme Of Things albums. Once again, he deployed torrential rivers of electric, acoustic, steel, mandolin, and classical-guitar overdubs. Check out “Sensitive Chaos” and especially “Maiden Voyage,” an instrumental gem with gorgeous 12-string and steel parts.

The eclectic guitarist even cut a full album of Bob Dylan covers, such as the cornpone-fueled “Buckets Of Rain.” Look for a heavy take on the Ventures’ “Walk, Don’t Run,” as well as his nylon-string signature, “Mood For A Day.” Always a rabid Chet Atkins fan, Steve pays homage to the fingerpicker on “Diary Of A Man Who Vanished.”

Not everyone loves prog rock or Howe’s busy fretboard attack, but he’s a true guitarist’s guitarist and amply proves that here. Anthology is a treat for any unapologetic guitar nut.

The Slambovian Circus of Dreams