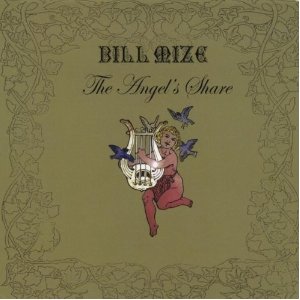 Tennessee’s Bill Mize is a solo acoustic guitarist who, though he possesses great chops, never lets his fingers get in the way of a great song.

Mize wrote eight of the 10 tracks on his latest album, The Angel’s Share, and all are loaded with memorable melodies and feel – not just great guitar playing. He often uses harmonics, but always in the service of the song, as on “Dogs In the Hole,” a bluesy boogie with a high melody and harmonics that play beautifully off the mood. “Puppy Love” has a nice ’50s feel with help from Beth Bramhall on accordion. “Don’t Wake the Dogs” is a moody, serious piece with an intro that sets the stage with harmonics and chiming chords, and guitar as a percussive instrument. The song is filled with interesting sounds.

There are a couple of notable covers, beginning with a stomping version of Ray Charles’ “What’d I Say.” Not typically associated with a solo acoustic player, the song’s recognizable bass line and melody roll together perfectly – just Mize and his guitar, funky and soulful. Mize also covers Charlie Rich’s gospel tune, “Feel Like Going Home.” With help from Pete Wasner on a Hammond B-3, Mize delivers the deep religious feel.

The Angel’s Share proves it takes more than just chops to be great – and Mize proves a great song can deliver as well as an overt display of chops.