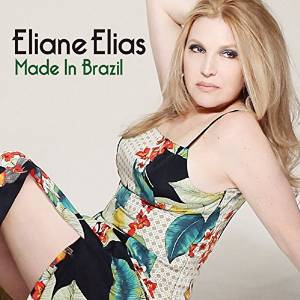 Eliane Elias came to New York City from Brazil in 1981 and since then, building an impeccable reputation as a singer, songwriter, arranger, and pianist, her recording projects never brought her home. This album, recorded in Sao Paulo, marks that homecoming.