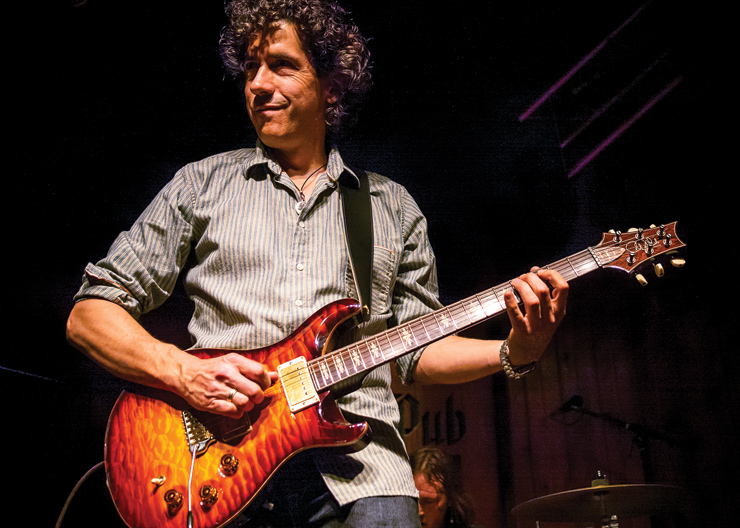 One of Les Paul’s favorite aphorisms when assessing other guitarists was, “Can his mother pick him out on the radio?” Or as Albert Collins put it, “Does he have an identiﬁcation?” 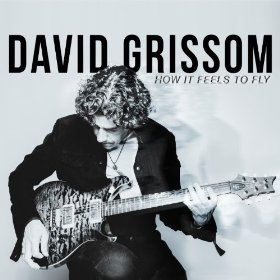 David Grissom passed those tests decades ago. His tone is equal parts crunch and deﬁnition. His style melds blues, rock, and country with tinges of jazz. He seamlessly shifts from single-note lead (infused with double-stop bends) to hard-driving rhythm. In fact, if he sounds like anyone else, it’s likely to be a devotee trying to cop the style that Grissom has perfected as a sideman (with Joe Ely, John Mellencamp, the Dixie Chicks), band member (Storyville), session ace (Chris Isaak, Ringo Starr, James McMurtry, Buddy Guy, Martina McBride, and many others), and poster boy for Paul Reed Smith Guitars, whose DGT model he designed.

After the Kentuckian moved to Austin in ’83, he made his mark on the vibrant scene in no time. It wasn’t unusual for him to be simultaneously juggling gigs with four bands. But, on the heels of his 2007 solo debut, Loud Music, on his own Wide Load label, he has concentrated on writing and recording originals and leading his facile quartet.

His fourth CD may be his best, striking just the right balance between songwriter and guitarslinger. The opener, “Bringin’ Sunday Mornin’ To Saturday Night,” borrows a page from the radio hit he wrote for Storyville, “Good Day For The Blues,” in mentioning various inﬂuences. Usually, this is risky territory, but, as with “Good Day,” his shoutouts to Ralph Stanley and John Coltrane come off as sincere, not gratuitous.

Whether or not the instrumental “Way Jose” is a nod to Freddie King (as in “San-Ho-Zay”) is irrelevant, but it would doubtless bring a grin to Freddie’s face. At the other end of the spectrum, his bell-like acoustic tone sparkles on the ballad “Overnight,” co-written with Kacy Crowley, who guests on harmonies.

A special bonus is the inclusion of four live cuts: “Flim Flam” and “Way Down Deep” (from his album of the same name), ZZ Top’s “Nasty Dogs And Funky Kings,” and “Jessica,” which Grissom has performed subbing and sitting in with the Allman Brothers Band. As seasoned a pro as Grissom is in the studio, it’s in front of a live audience that he truly comes alive, and these tracks don’t disappoint. Rising above bar-band covers, they show why his onstage jams with Eric Johnson, Sonny Landreth, Billy Gibbons, and Robben Ford have become the stuff of legend.