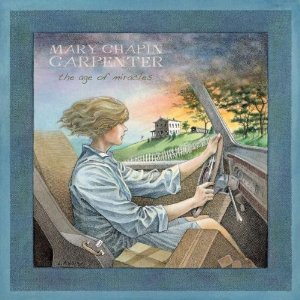 Mary Chapin Carpenter’s music is like a security blanket – warm, familiar, and homey. On The Age of Miracles, she distills her music into an even more comforting package.

The album was produced by Carpenter with her longtime keyboard player, Matt Rollings, and most of the players are veterans of her past albums, including Duke Levine on electric and acoustic guitar, Glen Worf on bass, and Dan Dugmore on pedal steel. Rather than strike with radically different arrangements, the duo has gone for the tried and true, giving the album a layered sound full of chimey electric guitars and thick Hammond-organ textures. Sort of folky, sort of country, Carpenter has developed a focused musical formula that revolves around her intimate vocals, backed by organic, full-figured arrangements.

Most of Carpenter’s longtime fans will cling to The Age of Miracles like a teenager reunited with their old blanky. But others, with more diverse or adventurous musical tastes, may find it a bit too much like past albums, perhaps lacking the momentum of an evolving artist seeking new paths of expression.

This article originally appeared in VG’s Jul. ’10 issue.  All copyrights are by the author and Vintage Guitar magazine.  Unauthorized replication or use is strictly prohibited.
Current Issue