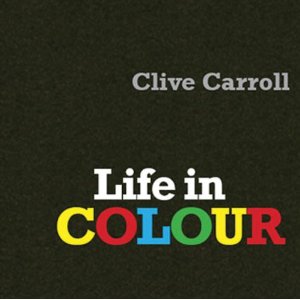 If ever there were a CD that proved you shouldn’t peg an album after listening to only a song or two, this is it.

“All This Time” and “Oregon” are ballads – not quite country, not quite new age, not quite jazz – similar to some of Tommy Emmanuel’s. But “Doodup” is a jazzy barnburner, with Carroll swapping leads with himself on steel-string and Telecaster; “Mississippi Blues” is a laid-back instrumental taken from Willie Brown (the bluesman Robert Johnson calls out in “Crossroads Blues”); and “Delhi Fratelli” is a dazzling Indian workout played on banjo, with percussion accents by Paul Clarvis – the only other musician on the CD.

“Sid The Squid” sounds like a jazz standard you can’t put your finger on, while “The Gentle Man” could slip into a Will Ackerman album without calling attention to itself.

Tunings and capo positions are given for each song – not that they will make playing them any easier. The Guitar Label was founded by James Taylor, son of Britain’s foremost jazz guitarist, Martin Taylor. So the bar was already set rather high. But Carroll proves that he’s an excellent addition to the roster.