Home Newswire Bob Dylan, The Band “Down In The Flood” DVD Set for Release 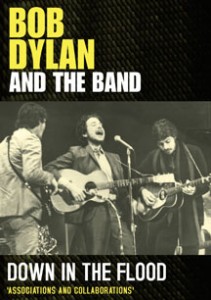 Down In The Flood is the story of the relationship between Bob Dylan and The Band, a group of Canadian musicians collectively known as the Hawks who backed Dylan on his first electric world tour in 1966. The story includes the legendary amateur recordings that they made together in Woodstock, their re-invention of American music and their continued albeit sporadic relationship during the 1970s.