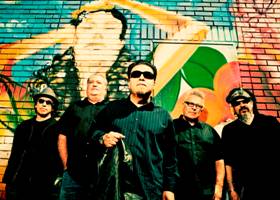 Kiko Live will be released on CD, DVD, and Blu-ray August 21. The album captures the bands’ February 24, 2006, performance at the House Of Blues in San Diego, where it performed the release in its entirety. Never before released or broadcast, Kiko Live also contains interviews with the band and others involved in the making of the album.