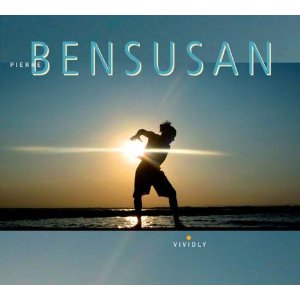 For 30 years, Bensusan has been one of the wonders of the acoustic universe, a player so melodic, full, and lyrical that his solo playing often negates the need for an entire band.

Vividly keeps the magic going, as the French fingerstylist performs new gems like “Veilleuse,” “Le Chien Qui Tourne,” and “Kiss Landing.” Playing a Lowden six-string and occasionally accompanying himself on vocals (sung in both English and French), Bensusan has an amazing rhythmic sense that keeps things moving, but always with a shimmering melody on top.

Stylistically, it’s hard to pin down Bensusan, as there are folk, classical, jazz, pop, Gypsy, and World influences bubbling throughout his music. As an added treat, a live track called “Par un Beau Soir de Dimanche” captures his patented sound in concert. Vivdly is an amazing potpourri of sound and one that, in a world of copycats, reaffirms Pierre Bensusan as one of the most unique stylists in the acoustic-fingerstyle realm.

J.W. Black and Albert Molinaro – The Fender Bass: An Illustrated...