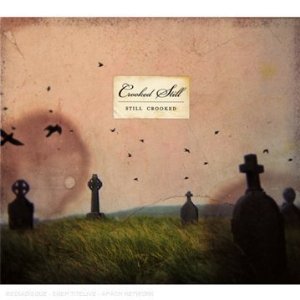 When a founding member of a band departs, the other members face a difficult choice. Do they find someone who merely “fits in,” or do they add personnel who might change the ensemble’s fundamental sound?

When cello virtuoso Rashad Eggleston left after five years, Crooked Still founding members Aoife O’Donovan, Greg Liszt, and Corey DiMario were in that situation. They added Tristan Clarridge on cello so they could retain their energy while expanding their musical horizons with Brittany Haas on five-string fiddle.

The new members have enlarged the bands textural and dynamic palette. Their signature pulsating rhythms now have an extra level of complexity and contrapuntal dash. Aoife O’Donovan’s arresting vocals soar over the instrumental backing like a flying fish over the ocean’s wind-driven chop. Whether it’s a 400-year-old tune such as “Captain, Captain,” or a brand new song like “Did You Sleep Well,” Crooked Still pushes the beat, staying true to tradition while bringing a song into the 21st century.

To capture the band’s new synergistic sound they decided to record the album “live.” The band played together in a large room instead of in a regular studio laying down individual tracks. The effect is not unlike a good concert recording except the sound has better depth and definition than most live albums. After three days of rehearsal, the entire album was recorded in one day.

This article originally appeared in VG’s Aug. ’08 issue.  All copyrights are by the author and Vintage Guitar magazine.  Unauthorized replication or use is strictly prohibited.

Roy Buchanan – The Best of the Millennium Collection