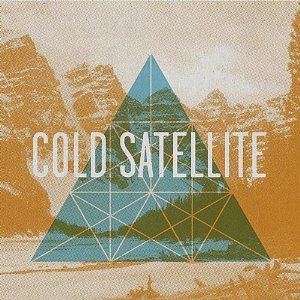 Cold Satellite is a concept album with songs co-written by Jeffrey Foucault and Lisa Olstein. Longtime friends, they began to collaborate in 2007, when Olstein sent Foucault a bunch of unpublished poems plus snippets of poems. Foucault sat with his guitar and began to put them to music, and this is the result.

The opening song, “The Deserter’s Information Center,” sets the mood with funeral-like slow solo acoustic guitar, snare drum, and solo vocals. As the song progresses David Goodrich’s electric guitar and Alex McCollough’s pedal steel elevate the energy level from just this side of dead to rock anthem powerful. The title cut is a straight rocker a la John Cougar what’s-his-name, with a dash of Steve Earl-ish funk, along with that other F word thrown in to keep it off NPR.

Olstein’s lyrics are beautiful, and often chilling. They contribute to the dangerous aura of the music – no June, moon, spoon, stuff here. Rather, they’re reminiscent of Jim Carroll’s best stuff – dark, full of anarchic Bacchanalian energy waiting to bust out.

Foucault’s arrangements modulate from acoustic minimalism to hard rock to electronique weirdness on a moment’s notice. This almost guarantees that some part of a tune might be a bit “much.” But his eclecticism is endearing because he’s willing to go to such measures to keep a song interesting. And interesting songs they are – every tune packs an emotional and musical punch. Which makes it a mighty powerful piece of work.