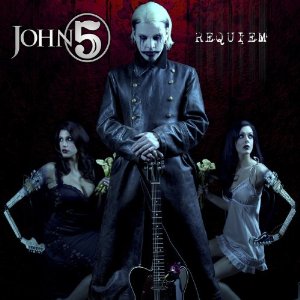 While the DVD is instructional, before you rush out to buy your aspiring pre-teen (or teen!) guitarist a copy, know there’s a lurid side that includes bare-breasted women and strong S&M imagery. There is a parental advisory, and to J5’s credit, his rendition of “Sugarfoot Rag” should keep (or get) kids focused on what he’s doing.

J5’s latest CD, Requiem, again offers the odd mix of metal and country. The songs have great melodies, even at their loudest and most metal, and his command of the instrument is amazing. The track “Cleansing the Soul” may just create a musical genre. Think metal with a hoedown feel. Regardless, it’s a guitar tour de force. Now, ’bout the whole “musical persona” thing, there, Mr. Lowery…