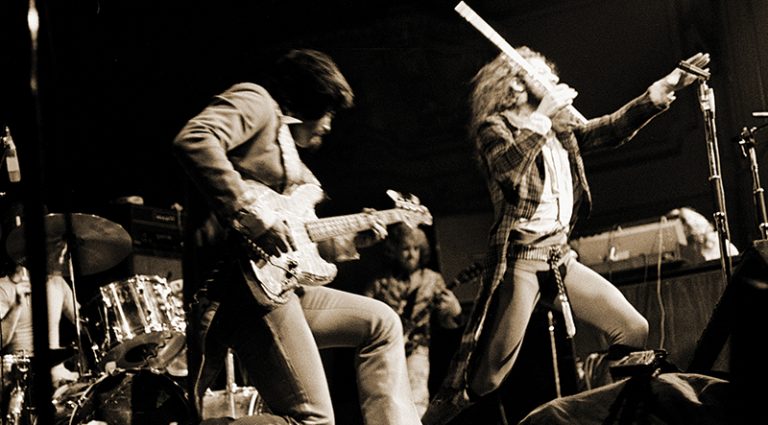 Released in 1977, this album was crafted to get Jethro Tell as far as possible from Britain’s punk and New Wave explosion. The result was an enchanting folk-prog outing featuring acoustic guitar, mandolin, and pennywhistle mixed with Tull’s hard-rock thud. Poorly named, the five-disc “Country Set” has been given Steven Wilson’s remastering treatment with excellent audio results, notably in the clear, ringing acoustic textures.

Tull remains known for early-’70s works like Aqualung and Thick as a Brick, and this album was a comeback after a few sour efforts. Frontman Ian Anderson put together a killer lineup with Martin Barre on electric guitar, himself on flute and acoustic guitar, and powerhouse John Glascock (who died two years later) on bass.

Cue up the title cut’s intro and enjoy the rich reverb on the a capella vocals before the English-folk influences seep in, à la Fairport Convention and Fotheringay. Barre then adds crunchy riffs displaying the hot-potato interplay between his Les Paul Standard, Anderson’s flute, and the cathedral-like keyboards that made Tull a concert and radio favorite of the day.

The unplugged Celtic vibe is evident on “Jack-In-The-Green” with Anderson covering flute, guitars, bass, and percussion. The man is absurdly underrated as an acoustic guitarist; check out the sharp arpeggio picking in “Cup Of Wonder,” his ode to the joys of red wine. Other fresh rarities from these sessions include unreleased band tracks like “Old Aces Die Hard” and “Working John, Working Joe.”

To hear Barre’s sturm und drang, fire up “Hunting Girl,” a Tull stomper further amped-up by Glascock’s deft picked-bass work. Barre plays a signature chord riff imbued with heavy flanging or phasing, while his distorted tape-delay intro to “Pibroch (Cap In Hand)” is one of the heaviest axe moments in the entire Tull catalog.

There are also two CDs of live material from tour stops in Boston and Maryland – 22 tracks in all, plus a concert video on DVD. You’ll hear album tracks plus FM favorites like “Aqualung,” “Cross-Eyed Mary,” “Thick As A Brick,” and “Locomotive Breath.”

Yet another DVD includes 43 tracks of the Steven Wilson remix presented in 5.1 surround mix (DTS and Dolby 5.1) and 96/24 LPCM stereo versions. Best of all, the set streets for under $50, so if you’re a Tull fan and have a soft spot for this gem, grabbing it is a no-brainer. This is simply bang-on British prog.