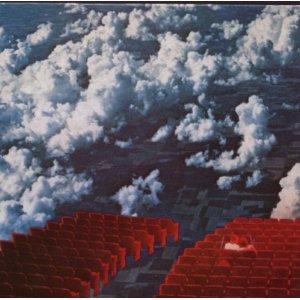 One iconic artifact of the late-’70s rock scene was the ubiquitous “double live album,” a marketing ploy usually timed for the Christmas rush, but one that also yielded much good music.

Following the platinum successes of such hits as “Carry On Wayward Son” and “Dust in the Wind,” prog icons Kansas followed the vinyl formula, offering Two for the Show in late ’78. Sure, it was full of glossy concert photos, but otherwise it diverged from other double live LPs of the era in one distinct area – no overdubs. Back then it was common for a band to record new studio parts over the basic live tracks, fixing any bum notes and increasing fidelity – and no one was ever the wiser. Kansas instead presented their concert album largely devoid of studio tweaking – though to my ears, some of the audience cheers rise and fall in suspicious places. Still, for all intents and purposes, this is as real as it gets.

As for the music, Two for the Show is a solid live document of Kansas, then at the top of their game and still featuring the original lineup with lead vocalist Steve Walsh and co-guitarists Kerry Livgren and Rich Williams (Livgren left the band in the early ’80s and now leads the band Proto-Kaw). The 30th Anniversary Edition ups the ante by including nearly a full CD of unreleased live material from the 1977-’78 tours, as well as a color booklet of classic photos and fresh liner notes. Aside from just about all of their FM hits, this set features “Closet Chronicles” and a cover of J.J. Cale’s “Bring it Back.”

As guitar pickers, Livgren and Williams were from the Cream/Jeff Beck Group/Led Zep school. Each employed that roaring Gibson-through-Marshall tone with fat, neck-pickup solos and crunchy rhythm parts. Neither was an innovator, but you really can’t find two more quintessential hard-rock players from the era. Listen to “Portrait (He Knew)” or “Icarus (Borne of Wings of Steel)” for some of their muscular riffery. “Dust in the Wind,” conversely, showcases the band’s lighter side and includes a fingerstyle acoustic solo sporting impressive Travis-style picking. And for melodic lead work, nothing really tops the stately solos in “The Wall,” one of the best  FM “power ballads” ever written. All in all, this excellent set is the perfect music for your blacklight-equipped basement, customized Chevy van, or maybe just a hard-rockin’ flashback to that era long ago. The only thing missing is your 8-track player.

This article originally appeared in VG’s Sept. ’08 issue.  All copyrights are by the author and Vintage Guitar magazine.  Unauthorized replication or use is strictly prohibited.
The Guide