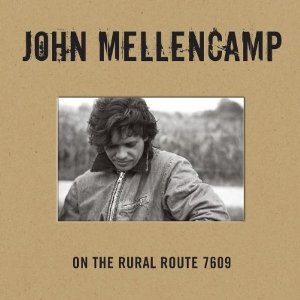 Box sets are too often an excuse to release material that wasn’t deemed good enough in the first place, or they’re a means to repackage an artist’s hits.

On the Rural Route 7609 is neither. Rather, it’s a batch of music assembled to showcase John Mellencamp’s growth as a songwriter and artist. When a familiar song appears, it’s usually in a different form, i.e. a demo, as with “Cherry Bomb” or the three songs that gave rise to “Jack and Diane.” Heavy on songs from the past two albums (where Mellencamp believes he’s done his best stuff), it’s tough to argue when you hear the strength and bravery in songs like “Longest Days” and “The County Fair.” Does he occasionally get preachy? Yes – he’s not afraid to let his political side show. The beauty is seeing the growth in the way the ideas are written. You’ll discover songs you didn’t know or had passed you by but now sound great.

The set spans more than 30 years, and several guitarists. Mellencamp proves a fine accompanist on the latter-day folk tunes that feature just him and his guitar. The early days of his band shows a lean guitar attack from Larry Crane and Mike Wanchic that helped form that band’s trademark garage-rock sound. That sound became more involved and a bit more muscular when David Grissom and Andy York became lead players. This set also offers up a new version of a song Mellencamp wrote for the Blasters, “Colored Lights.” He kept Dave Alvin’s punchy guitar and added his vocal. The rest of the band is always solid, and when Kenny Aronoff played drums, it was a powerhouse.

The set is well-conceived, and includes a nice essay by Anthony DeCurtis and Mellencamp’s reflections on the songs on the four discs. This isn’t the set for you if you’re looking for a greatest hits and best known songs. What you get is a songwriter that, as Tom Petty said about Mellencamp, “Grew up before our eyes.”