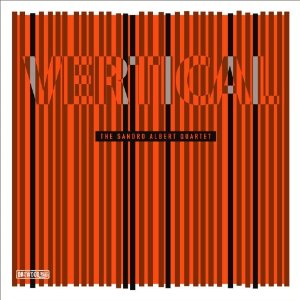 Played well, guitars and f lutes make an excellent combination. Such is the case in Sandro Albert’s quartet.

Albert is a gifted guitarist whose soloing swings, and his knowledge of the harmonic structure of the guitar is evident as soon as f lutist Rodrigo Ursaia starts to solo. While the two set the stage in every song by stating the melody together before soloing, bassist Michael O’Brien and drummer Richie Barshay propel the tunes, giving the two perfect support.

Albert deftly solos around clever changes on “Some Days,” and his comping behind the flute solo is masterful. His rhythm playing is up-front and you get the full effect of what he’s doing. He also proves proficient at different jazz styles, and there are obvious tips of the cap to Latin feels on “JW’s Baiao” and “Obrigado Villa.” His playing on the ballads “Where I Belong” and the moody “Waiting for Victoria” offers more chances to show his beautiful chord work. He’s not afraid to make things a little hectic, either on the title cut, with its odd pace and timing give him a chance to show off a bit with a series of arpeggios leading to a solo that displays his skills abundantly, and also shows the rapport between he and Ursaia.

Albert’s skill as a player is unquestionable, and on Vertical he shows and obvious ability to mesh styles into a coherent package.