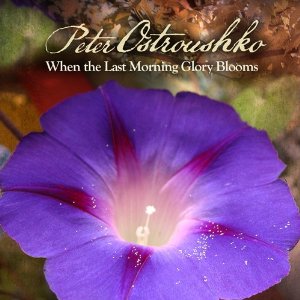 Peter Ostroushko channels a mixture of Stephen Foster, Carter Stanley, and Doc Boggs to create unique music that sounds much older than it is. Here, he further expands his library of heartbreakingly beautiful songs performed with understated grace.

Wistfulness and a sense of longing permeate most of the tunes on When the Last Morning Glory Blooms. Some of the melodies echo like something from deep in your dreams. “Down Where the River Bends” has a strong cinematic quality – the way the orchestration builds and slowly unfolds from stark gothic minimalism into a multi-part composition. Near its end, the song reverts to an etude that sounds like it came from a turnof- the-century piano method book. Ostroushko makes powerful music from the depths of the American soul.

This article originally appeared in VG’s Oct. ’09 issue.  All copyrights are by the author and Vintage Guitar magazine.  Unauthorized replication or use is strictly prohibited.
Current Issue

The Band – Rock of Ages and Islands