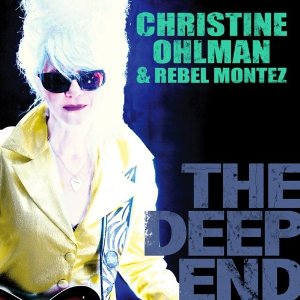 The beehive-haired soul diva of the “Saturday Night Live” band offers a collection of mostly original soul and country songs (often mixed together, as in “Girl Growing Up”) that hit the sweet spot, straight and true.

Ohlman and her band, Rebel Montez, get it right just about every time; from the honey-sweet sensuousness of “The Gone Of You” to the Steve Cropper/Booker T. Jones inspired “Everybody Got A Heartache” which gives “SNL” band alumnus G.E. Smith a chance to strut his stuff. The title cut, meanwhile, features guest guitar from Al Anderson. Ohlman is a fine player, too, though she confines herself to acoustic while handing over lead to guests like Smith, Anderson, Marshall Crenshaw, Cliff Goodwin, and co-producer Andy York.

Ohlman, Goodwin, and York have all contingencies covered on guitar – the best examples being “The Gone Of You (After Hours)” and “Like Honey.” And as a singer, Ohlman, a Bronx-born musicologist and session veteran, makes each song sound like a prime cut on a jukebox in a Memphis barbecue joint.