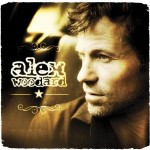 When Alex Woodard was a kid, his sister spoonfed him the music of her favorite rocker, Tom Petty. Five albums later, the effect still holds. Woodard’s arrangements, phrasing, and even the timbre of his voice combine to make much of this album sound like a songwriter’s demo for Petty.

But a whole lot of Woodard shows through, too. He has a way of sketching a story, as on “Reno,” a duet with violinist Sara Watkins that tells of two souls finding their intendeds at a desert truck stop. The unblushing romanticism of “Older” and “Beautiful Now” and Woodard’s self-deprecating sense of humor and handy way of turning a phrase in “Hoops” make the cuts some of the album’s best. Like John Mellencamp and Bob Seger, much of Woodard’s country-tinged (with mandolin, banjo, lap and pedal steel) power-pop has the feel of working-class hope… of leaving the played-out old for the unexplored new.

Five albums is a lot for any songwriter – most are down to dog ends by then. But Woodard’s background as an ex-surfer, ex-child actor, ex-economics student, ex-investment company/internet-business worker helped him come up with a solid fifth album, with songs full of blood and humor and life. You can’t always judge a man by his resumé.

Donovan – Try For The Sun: The Journey Of Donovan