British blues icon John Mayall – now 88 years old and in his twilight – announced his retirement from touring late last year. His exit from the road, however, doesn’t necessarily mean his studio days are over. His latest, the guitar-centric The Sun Is Shining Down, continues a musical approach that, like other Mayall projects, is defined not only by the bandleader’s enduring voice and wailing harmonica, but also the company he keeps. 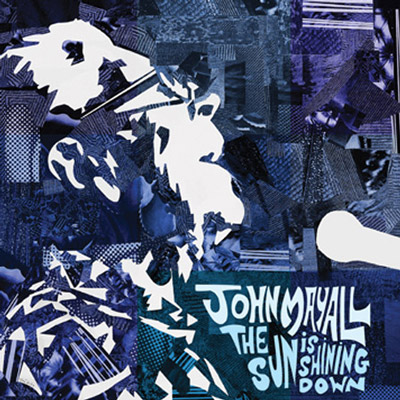 Mayall’s guitar lineup this time around is headlined by Mike Campbell (of Heartbreakers fame), who is featured on “Chills and Thrills,” an unapologetic rocker and the album’s lead single. Also onboard is Chicago bluesman Melvin Taylor, whose gutbucket, Gibson-fueled sound punctuates “Hungry and Ready,” the album’s swinging opening track.

Roots rocker Marcus King (“Can’t Take No More”) and Buddy Miller (“I’m As Good As Gone”) bring funk and grit to the proceedings. And last, but by no means least, is Texas guitarist Carolyn Wonderland, who plays with great taste and economy on the closing/title track.

It remains to be seen if The Sun Is Shining Down will mark Mayall’s final studio effort. But if it does, it’s a worthy, vital benediction.