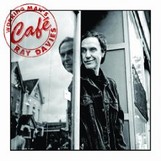 Ray Davies has never been one to pull any punches. Ever since his days as the leader of the Kinks he’s been known to go after plenty of targets, both directly and with clever wordplay. Here he appears to be going after much of the world, or at least his homeland of England. He also manages to get in fine asides about his shooting during a mugging in 2004 in New Orleans, and, as you’d expect, the dynamics between men and women.

It doesn’t take long for Davies to let us know what he’s thinking. The opener, “Vietnam Cowboys” talks about globalization. The electric guitar of Patrick Buchanan matches the angst, anger, and disdain displayed by Davies. And Davies’ sentiment toward today’s world is purveyed in the title cut, where he thinks back to a time when a street may have been unique, but is now lined with the same retail stores you see whether you’re in a small town in Idaho or New York City.

Davies references getting shot on cuts like “No One Listen,” and mentions everyone from the police department to the Dalai Lama to Kofi Annan. Among the album’s biting sarcasm are pieces of genuine whimsy. “Morphine Song” is clever and funny, and goes back to his recovery from the gunshot. And while the state of the world may be his preoccupation, there’s plenty of music about relationships. “Peace in Our Time” is about a couple trying to resolve their issues, while “One More Time” is a chimey ballad with a lyric that’s both wistful and bitter.

Plenty of the rockers we grew up with have run out of steam, but Davies’ music continues to grow.