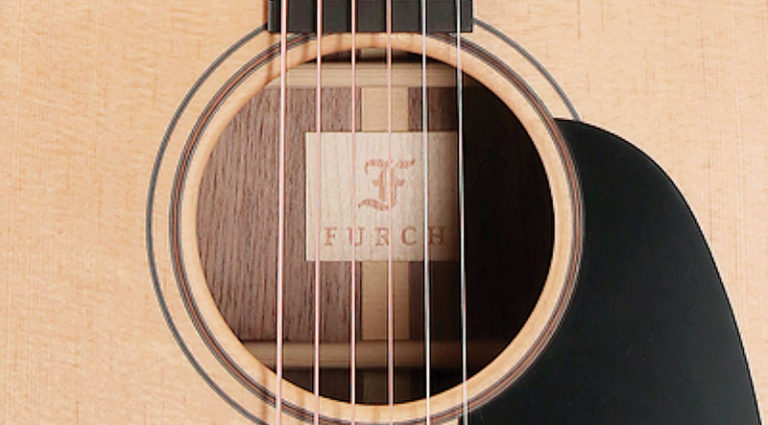 You might not recogonize the Furch brand, but the Czech Republic builder has spent that last 40-plus years gaining a reputation for building high-quality acoustic guitars. One of the company’s newer builds is Blue Deluxe SW.

Basic specifications for the grand-auditorium cutaway include a Sitka spruce top with black walnut back and sides – as a nice touch, the walnut is echoed in a double rosette ring. The fretboard and bridge are ebony, and there’s a Tusq nut (1.75″ width) along with a compensated saddle. Details include unique linear markers on the edge of the fretboard.

The Blue Deluxe has other features to grab players’ attention, such as Furch’s “Bevel Duo” comfort cuts at the front-lower bass bout and top of the back curve. Their craftsmen also tune each top. And there’s a surprising amount of tech in the neck, where a dual-action truss rod is housed in a carbon casing to keep the neck from moving.

Strum a chord on the Blue Deluxe SW and its tone is remarkably clear and balanced (especially for a cutaway), devoid of muddy frequencies or tinny top-end. The open-pore finish has a thin layer of varnish to give the tone greater depth and full nuance. You’ll also notice the setup, which is super-fast and low, pointing to Furch’s attention to detail. They call this neck profile a soft-V, and it has a shallow depth and surprisingly quick feel.

The Blue Deluxe SW is a surprise winner. It’s built to premium specs with a fast neck and that balanced, even tone – again, often hard to capture in a cutaway. It’s probably time you “czech” out Furch guitars.