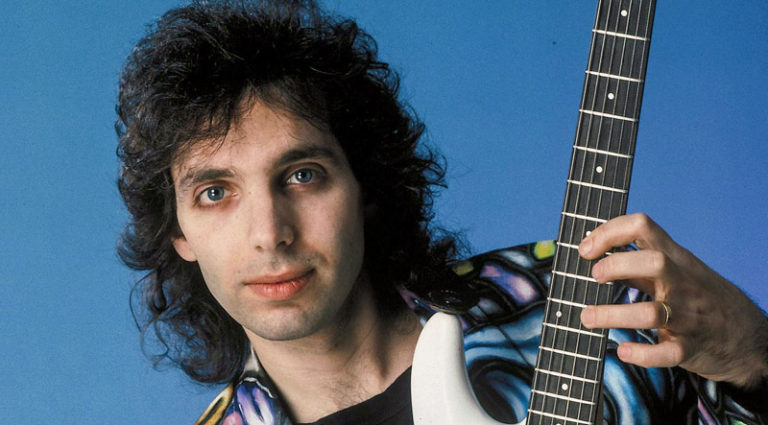 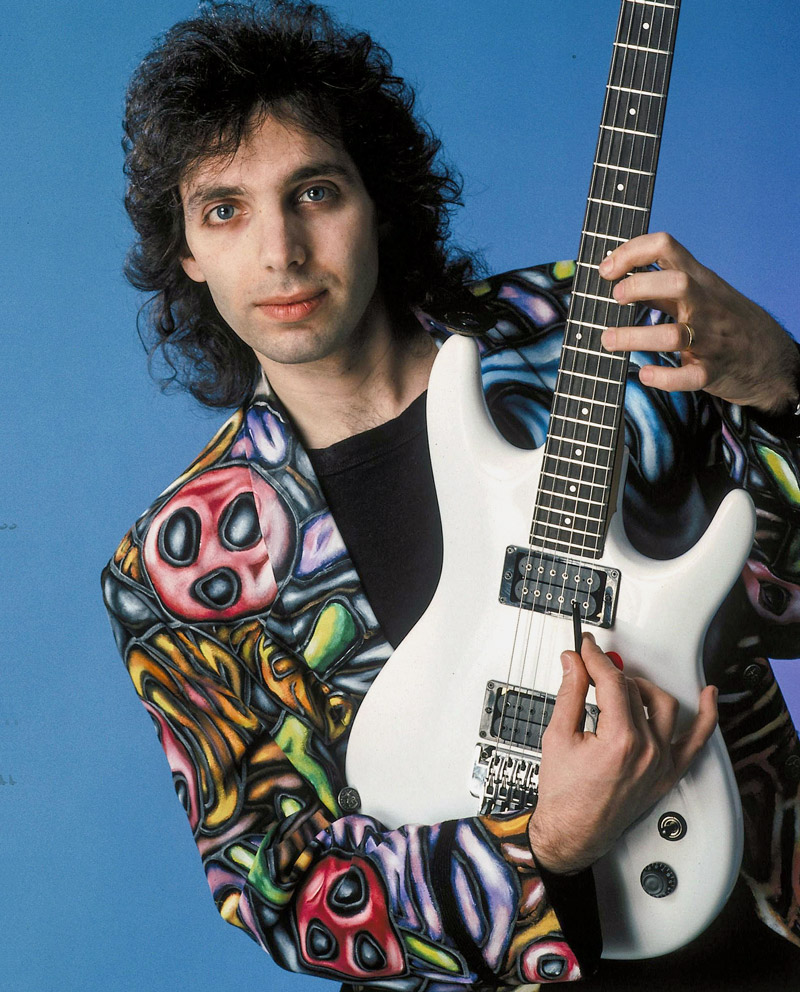 The ’80s were teeming with music ranging from pop-metal to new wave, thrash metal, blues revivals, and the New Romantic movement. Mid-decade, an instrumental rock-guitar album improbably rode the tide.

Joe Satriani was a road warrior, studio player, and guitar teacher who schooled students like Alex Skolnick, Charlie Hunter, Kirk Hammett, and Steve Vai. His 1986 album Not Of This Earth whet his ambition, but he was determined to go bigger and better using melody, imagination, and inspiration.

“I spent a year playing with the Greg Kihn Band,” recalled Satriani. “In hotel rooms across the country, I wrote what would become Surfing With The Alien. I was hoping Relativity Records, who had just signed me to a P&D (pressing and distribution) deal for Not Of This Earth, would sign me to do albums they would pay for; my first album, in 1984, was funded by me. Then I met Barry Kobrin, president of Relativity, and did a showcase at the China Club, in Manhattan, with Danny Gottlieb on drums and Mark Egan on bass – two guys who should have never played with me (laughs). I’m such a rocker, and those guys are elegant jazz musicians. But they were great, and in an afternoon they learned 10 songs including “Satch Boogie,” which was new and hadn’t been recorded. We set up in the corner of a little basement club and it was a make-or-break moment.

“I didn’t look right – not like my friend, Steve Vai, the rock god (laughs)! I had no pedigree, and they couldn’t figure me out. I remember playing the set, and they were all excited. Barry said, ‘What do you want to do?’ I said, ‘I want to celebrate everything I like about electric guitar. It’s going to be Chuck Berry, Hendrix, everybody. I’m going to let my influences be obvious. Some of the music is happy, so you better be ready for that.’” (laughs)

“Satch Boogie” led to Satriani being signed, and with the help of producer John Cuniberti, they focused on making an upbeat guitar record, doing everything Satriani’s session clients never needed or asked for. Cuniberti wanted the record to sound beautiful, but its making was fraught with misfortune.

“We had to master it twice and re-mix half of it because the studio screwed up the stereo buss,” said Satriani. “The label didn’t give me enough money to do that, so there was a lot of turmoil. I wound up finishing the album by trading guitar services to Sandy Pearlman so he could finish Imaginos for Blue Öyster Cult. I’d do that from midnight until eight in the morning. Next day, I’d show up and he’d give me eight hours at Hyde Street Studios. The label wound up giving us $13,000, and we burned through it. In the end, it cost $29,000 of their money, and another $10,000 or $15,000 I collected in credit from Sandy and the owner of Hyde Street.”

While crafting the whole of Surfing with the Alien was stressful, recording “Satch Boogie” went quickly. 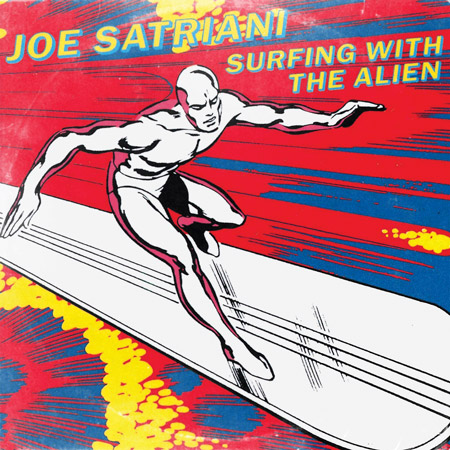 “I remember breezing through the tracks,” Satriani recalled. “John came up with the idea of using a shotgun mic for the main riff, then switching to a close mic for the high-energy boogie solo. I remember Jeff Campitelli coming in and tearing it up on drums, which were done last.”

Satriani’s guitar was one he assembled in 1978 with a maple Boogie body, ESP neck, and small-fretted ebony board.

“Leo Knapp or Gary Brawer put together one of the pickguards for me,” Satriani remembered. “I had three – one with two Seymour Duncan humbuckers, another had DiMarzio single-coils, and one had Strat single-coils.”

Then there was his Kramer Pacer.

“It was a beautiful piece of crap that I bought at a Guitar Center midnight madness sale for $500 (laughs). It had a white body with Schaller chrome hardware and a neck with gold hardware. It also had the first style of Floyd Rose, without mini-tuners. The thing was just awful; not only would it never stay in tune, but the wood was so soft that the bridge posts carved-out their holes, and the whole thing would pop right out. All the whammy bar stuff on Surfing was done on that guitar.

“I bought another crappy Pacer that was so bad and trebly that I specifically used it for the ching-ching parts on “Ice 9” (laughs). I’d record the section where I needed humbuckers, then when I needed a Strat sound, I’d install the other pickguard. That’s how I got around my financial situation.”

Inspired by the technology of the time and not having the budget to record drums, Satriani tracked using an Oberheim drum machine, and the parts were re-done during mixing by Bongo Bob Smith on an E-mu Systems SP-12, which added a unique Machine-like quality Satriani and Cuniberti stuck with even after recording real drums. “Satch Boogie” has the album’s only live drum track.

“It was mainly just John and I in the studio, bringing in Jeff and Bongo to do certain things,” said Satriani. “John and I were two very different people who met and made sure we captured the beautiful moments, melodic arrangements, and things that made sense.”
Next month, read our review of Joe Satriani’s new album, The Elephants of Mars, and an interview discussing it.