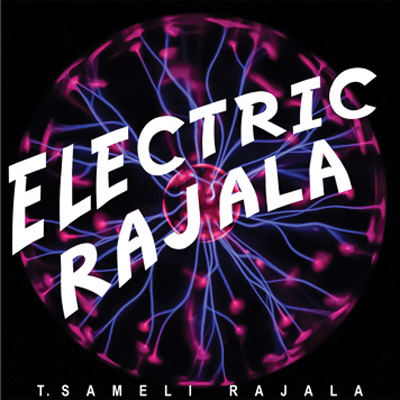 There’s eclecticism and there’s versatility. Having one doesn’t mean you have the other, but Finland’s Rajala has both – and more.

A loose job description would be blues man, with homages to T-Bone Walker, Albert Collins, and Gatemouth Brown (the original instrumentals “Blues For Sofia” and “Roaster”). Another “original” instrumental, “Distracted,” is a direct cover of Freddie King’s “Sidetracked”; so why re-title and claim composer credit?

“Stop Breaking Down Blues” owes more to the Rolling Stones than to Robert Johnson, and Hendrix gets a nod with “Burning Of The Midnight Lamp.” “Moaning For Molasses” is a bit of organ-trio soul that’s closer to the Vaughan brothers than, say, Kenny Burrell or Grant Green. “Come Into My Arms” is a hard-hitting shuffle with great reverby tone. And “The Truth Will Rock You” comes from the late, under-sung John “Juke” Logan – and it definitely rocks.

The biggest departures are “These Boots Are Made For Walking,” reimagining the Nancy Sinatra hit as loping Jimmy Reed shuffle, and a solo slide take on Jean Sibelius’ “Finlandia.” As the title implies, Rajala elsewhere excels on acoustic, be it flat-top or resophonic. Even more versatility.