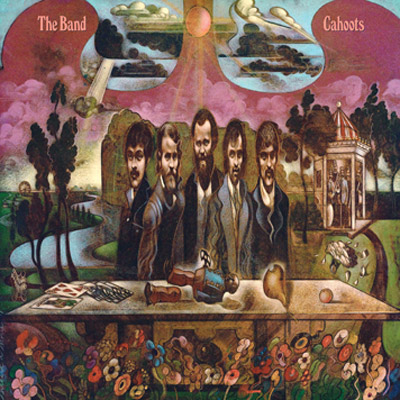 Robertson, one of the earliest blues-rock guitarists (as Ronnie Hawkins’ early-’60s sideman), found his niche as The Band’s main writer and Fender ace. Crank up “Life Is a Carnival” to hear his funky Leslie-cab licks over Danko’s fat bass and Garth Hudson’s organ. Robbie’s Tele twang can be heard on “4% Pantomime,” a life-affirming jam with guest Van Morrison.

Bonus material includes studio outtakes and most of a 1971 Paris gig. Onstage, you’ll find concert gems like “The Night They Drove Old Dixie Down,” “Rag Mama Rag,” and “The Unfaithful Servant,” the last with Robertson’s quick tremolo picking. “Don’t Do It” is full of jabbing blues bends and R&B comping.

For the Blu-Ray disc of Cahoots, Clearmountain uses a high-resolution Dolby ATMOS mix for even deeper audio thrills. In fact, every version of this reissue reminds us of The Band’s joyful sound – and seismic impact on Woodstock-era rock.