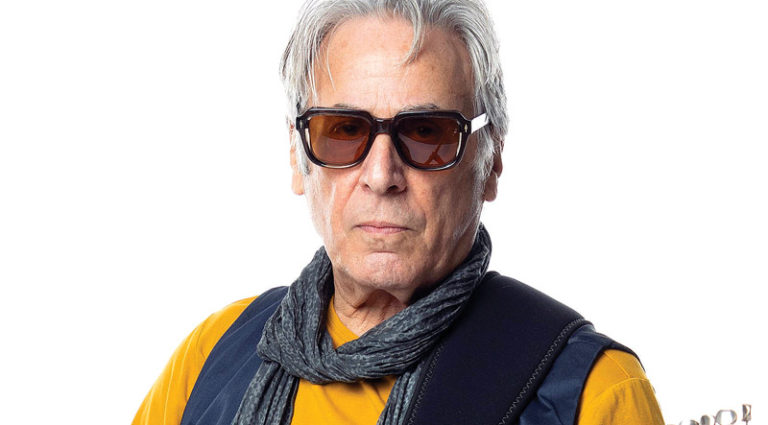 Fifty years ago, singer/songwriters like James Taylor, Carole King, and Jackson Browne were busy conquering the rock charts; behind them, you could hear crack guitarists like Danny Kortchmar and Waddy Wachtel, along with bassist Lee Sklar and drummer Russ Kunkel. Today, these gents have formed a band called Immediate Family and released a self-titled album. VG checked in with Kootch about the get-together.

You’ve known each other for decades. Why form a band now?
I was offered a solo deal from a Japanese label, so I thought about who I’d want to play with on an album. I knew that Lee, Waddy, and Russ were some of the most in-demand musicians in the world, and amazed to find they were in town. Later, as we played more and more, I realized I wanted us to be in a band. So we toured Japan, which solidified the Immediate Family’s identity, plan, and future.

How do you and Waddy divvy guitar parts?
Waddy and I have very different sounds and approaches on guitar. We’ve played together so long that we don’t have long conversations about who’s going to play what; we listen to what the other is doing and it falls into place. Our interplay on “Divorced” is really cool – we put it together in a room and it’s all about complementing each other’s part. Our third guitarist, Steve Postell, fingerpicks beautifully and fills out the sound above what Waddy and I are doing.

What gear are you using?
The most-vintage guitar would be my thinline Telecaster from 1968. I was in a band with Carole King called the City, and my gear got stolen. Producer Lou Adler, being the generous guy he is, set me up with another couple of guitars, one of which was this Thinline. I played it on Tapestry and Sweet Baby James, and it was originally modified by Jeff “Skunk” Baxter when he was working as a guitar repairman back in the day.

I also have a G&L Doheny that I like very much, a newer Telecaster with Sheptone pickups, and a Demeter boost installed by Bill Asher.

I’m using a Fender Chris Stapleton Princeton amp – even though it only has one speaker and 15 watts, it makes a hell of a racket!

Speaking of Carole King, Tapestry was made half a century ago. What do you remember about the sessions?
Those sessions went very smoothly and quickly. We were at A&M Studio B, cutting two and three tunes a day. Everyone knows what a brilliant songwriter Carole is, but she’s also an articulate arranger and producer. Basically, what she wanted from me was what I already do on guitar. In the studio, Lou had us all set up close together to make it a more-intimate situation while the great recording engineer Hank Cicalo was in the control room; it was his idea to turn the lights off in the booth, so when we were recording, we weren’t distracted. It created a great atmosphere for us to get down and record those very intimate, wonderful songs.

Your playing on Sweet Baby James contains plenty of funk, blues, and R&B.
Producer Peter Asher, in his wisdom, knew he had to pare down the instrumentation, so James’ guitar and voice wouldn’t be overpowered. As for the blues and R&B fills, well, that’s me. We recorded at Sunset Sound and I used the Tele Thinline with an old Princeton amp.

Your great solos in Jackson Browne’s hit “Running On Empty” were chord figures, not single notes – the perfect foil for David Lindley’s lap-steel.
During the rehearsals, I was trying a lot of different things to find my place. I started playing the chord licks and Jackson said, “Oh, that’s great. You have to do that every time.” So in a lot of my solos, I used double-stops and triple-stops because it’s more powerful, obviously. Three notes are better than one!

You’re 75 and about to go out on tour with Immediate Family. Some people wonder what motivates a musician to keep touring.
Basically, that’s what we do. We play music and, for guys like us, this is our life. I don’t see music as a business or as a gig; I see it as a way of life, like a religion almost… a way of being. As a result, our lifeline is to play in a rock-and-roll band in front of an appreciative audience. There’s nothing like that in the world.