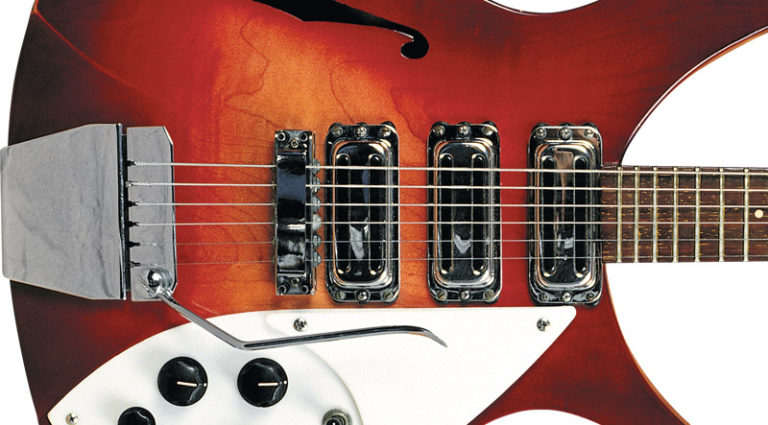 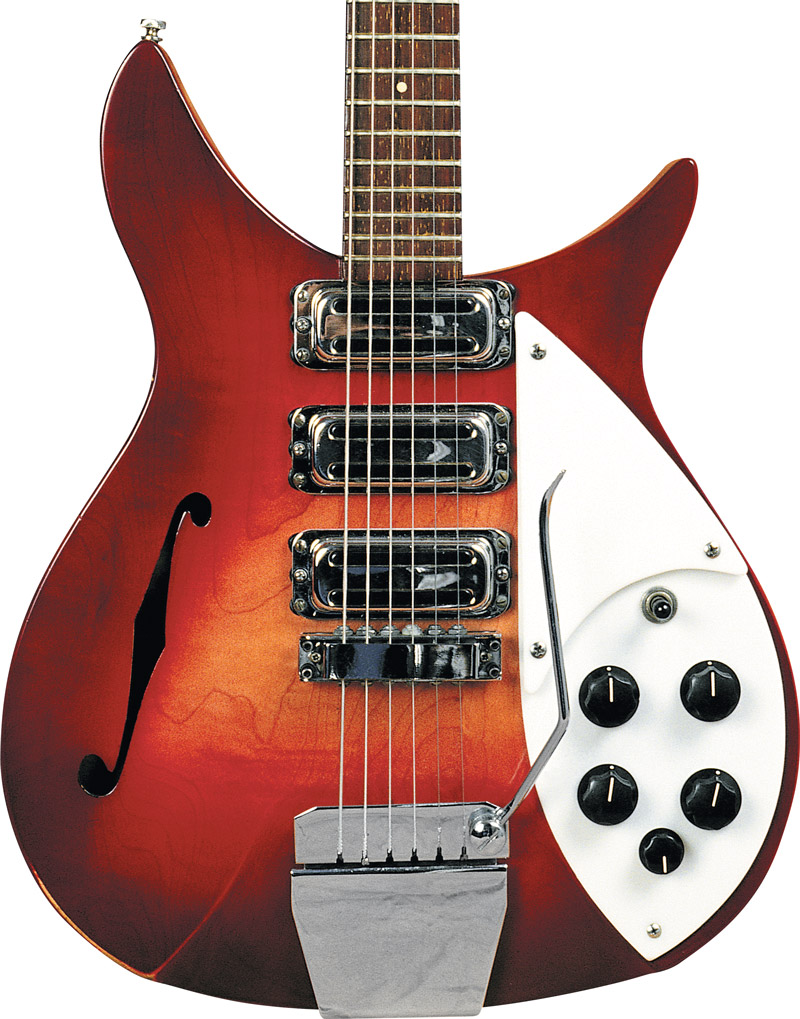 Rickenbacker’s model 325 was introduced in 1958 – three years after the all-solidbody Combo series, 25 years after the Electro Spanish/Model B, and just in time to launch the brand to superstar status in the electric guitar realm. But it had a bit of help.

Rickenbacker’s Capri line, which included all models numbered 310 through 375, was designed by Roger Rossmeisl with the intention of dressing up the company’s product line. Capris were semi-hollow thinlines with the uniquely identifiable “extreme cutaway body” and on some models, a “slash”/catseye sound hole. This, company president F.C. Hall theorized, would lend a touch of class that was lacking in its non-archtop electrics. And with its list price of $249.50, the 325 was in good company with Gibson’s Les Paul and Fender’s Stratocaster. But it might have been doomed to obscurity had it not been for the love of a Beatle.

One day in 1960, John Lennon walked into a music shop in Hamburg, Germany, and found the diminutive Rickenbacker. It must have seemed like the Holy Grail – a stylish, sturdy, well-made guitar from a respected U.S. company. After all, the Beatles were on a constant quest to find serviceable substitutes for the European instruments with which they’d been saddled. And its odd 3/4-scale neck was even more of a draw – the short, slim, profile allowed for much lower string action than the Höfner he had been playing. Remember, Lennon was not a big guy. If you look at old pictures of him playing the 325, the guitar looks perfectly to scale with his body. But if somebody closer to average size picks up a 325, it looks more like a baritone uke!

Still, Lennon was smitten with the guitar and soon discovered that it perfectly suited his rhythm guitar style and his young band’s needs. Thus, the 325 was his preferred electric from 1960 until ’66. Lennon eventually came to own three more 325s, plus a custom-made 12-string.

For its part, Rickenbacker was equally tickled with the arrangement. While a short-scale guitar might not have been everybody’s cup of tea, the opportunity to put its guitars in the hands of a Beatle brought the company more exposure than all the advertising in the world. And while the 325 never sold in the numbers that its makers had originally hoped, Lennon’s very conspicuous allegiance ensured that it survived the 1960s, and that Rickenbacker flourished.

This article originally appeared in VG’s August 2005 issue. All copyrights are by the author and Vintage Guitar magazine. Unauthorized replication or use is strictly prohibited.