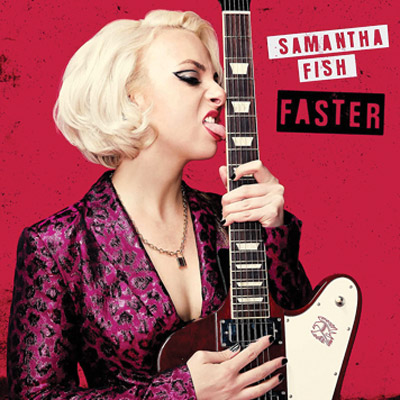 Faster is a production-heavy affair that’s less about live studio performances; instead, it leans into implanting compelling sounds, clever instrumentation, and dynamics with Fish’s sultry drawl to pull you in. “Loud” is an excellent example of this as it builds to a crescendo and features guest rapper Tech N9ne and Samantha’s badass blues-rock solo. “Imaginary War” displays inspired guitar riffage and wah work with finesse and soul. Her solos on this track are wild and spicy.