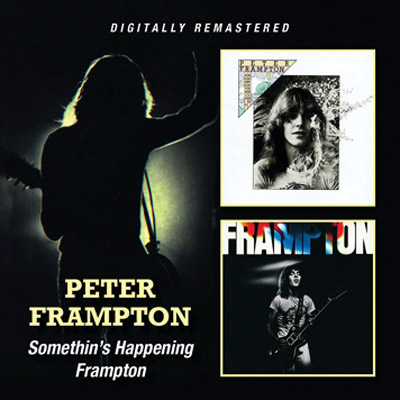 Many first heard the English rock star on his chart-obliterating live album – but Frampton already had four solo albums under his belt. This studio pair, from 1974-’75, display wicked guitarmanship and are now remastered on this two-CD set.

Peter finally worked out the audio kinks for 1975’s Frampton, the best studio album of his career. “Day’s Dawning” is whip-smart rocker, topped with phase-shifter guitar, while “Show Me the Way” is a blueprint for the iconic talk-box single from Frampton Comes Alive. Tuning to G-G-D-G-B-D, Peter reveals his acoustic fingerstyle skills on “Penny For Your Thoughts.”

For sharp songwriting, “One More Time” and “Apple of Your Eye” are pop-rock gems, with ringing acoustics and cleanish leads. “Fanfare” deploys a massively compressed solo; for harder stuff, Peter wails on “Nowhere’s Too Far (For My Baby).”

By the final metallic riff of “(I’ll Give You) Money,” you’ll realize the 25-year-old Frampton was more than ready to conquer the world.