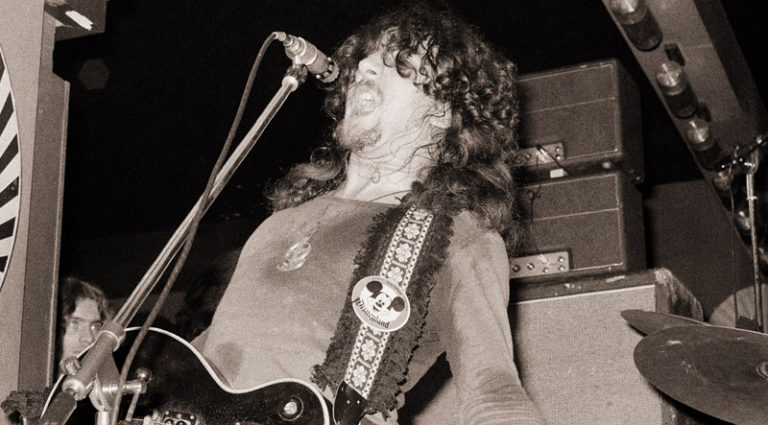 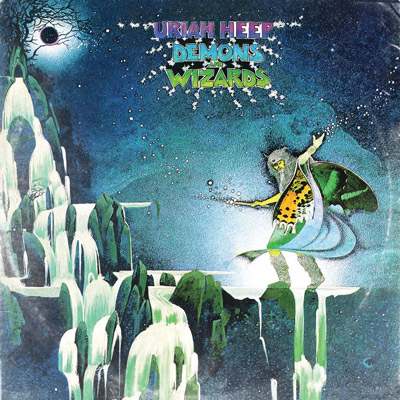 Hard rock/heavy metal and progressive rock were burgeoning genres in the early ’70s, and music fans by the millions eagerly snapped up albums in both styles. While snobbish “tastemaker” critics despised bands making music in either genre, one band consciously combined them.

Uriah Heep’s definitive 1972 album, Demons and Wizards, was their fourth. It hit #23 on the Billboard Top 200 album chart in the U.S., and the powerhouse single “Easy Livin’” shockingly cracked the Billboard Top 40 at #39.

Now, though, Box acknowledges that Demons and Wizards was distinct hard rock/heavy metal with progressive-rock musical traits, and it directly influenced the emergence and development of those styles.

“Yes indeed, and it certainly caught everyone’s imagination, lyrically, for sure,” he said. “Writing fantasy lyrics really made a massive impact, and a lot of bands since have picked up that particular baton and carried it on further. ‘Easy Livin’’ has quite a unique shuffle played by Lee; over the years, I’ve heard it played by other bands and always the shuffle beat is wrong. But it’s a catchy, high-energy song that took us to the world stage and could easily be put under the banner of early metal.

“On the progressive side, we had two really cool songs linked by some studio phasing called ‘Paradise’ and ‘The Spell.’ And the song ‘The Wizard,’ played on acoustic guitar with a drop-D tuning, was another musical element that proved very successful. Then, with the unique Roger Dean cover art, it seemed like the music and cover were intrinsically linked for the first time. We had touched on the heavy-metal side of things on earlier albums with songs like ‘Gypsy’ and ‘Look at Yourself’ and, of course, the 20-minute title track off of our second album, Salisbury, with a 27-piece brass section. This was most definitely in the progressive-rock field, and this track has been cited many times to be the start of progressive rock by other musicians.”

Did Demons and Wizards seem special to Box during writing and recording sessions?

“I think the rhythm section of Lee and Gary Thain played an important part in what we felt as a band,” he remembered. “We had the engine room firing at full tilt. Then this particular album, I felt, was the pinnacle of our creative output as a team. We were very excited by the songs, the playing, the performances, and the production. So, yes, it did start to feel special.”

The new lineup was gelling quickly, as Thain and Kerslake had joined the tour prior to work starting on the album (Clarke played on only “The Wizard,” which he co-wrote with Hensley). There was an eagerness to create new music.

“That gave us momentum when we entered rehearsals and started recording,” said Box. “We felt the band had at last found the chemistry we were looking for. Lee was the powerhouse and Gary brought wonderful, melodic bass lines that did not interfere with the melodies, but enhanced them. Everyone was on top of their game at that point.”

Given the frantic pace of recording and touring in those days, the songwriting was rushed.

“You did feel the pressure because, as always, record companies get success with one thing and then all they say is that ‘We want another so and so track like the last one.’ But, of course, that is impossible,” said Box. “We were heavily touring and sometimes recording two albums in a year. It all comes down to business in the end, as when someone invests in you, they want their money back as quickly as possible. The problem being they get that back tenfold and then want more, driving you too hard rather than looking at the big picture.”

Does Box have any idea on how “Easy Livin’” managed to break on U.S. radio and become a mainstream hit when it was very heavy-sounding for the time?

“If I had the answer, I’d write another one tonight,” he laughed. “There is no rhyme or reason, but sometimes a piece of music takes on a life of its own and has worldly appeal. ‘Easy Livin’’ took us on to the world stage and is partly responsible for why, even to this day, we play concerts in 61 countries,” Box said. “We are very grateful for the success that song had in the U.S., and, of course, with it being played on the radio everywhere, along with the overall success of Demons and Wizards, it took us into stadiums throughout the country.”

“All electric parts were played on my Les Paul Black Beauty, and all the acoustic parts I played on my Martin D-28. I used a Marshall 100-watt head through two 4×12 cabinets, and a Jim Dunlop Cry Baby wah.”

Uriah Heep has had many members and recorded 24 studio albums in its 52-year history, and Box has been the sole member there for it all. Does he think Demons is the band’s best album?

“Certainly, for that era. It’s difficult to say, as the world was a different place in those days and those successes were possible, as there was only really music, fashion, and sports for people to get interested in,” said Box. “Nowadays, there are so many diversions.”

Demons has been reissued a few times through the years with B-sides, bonus tracks, and even updated cover art by Dean. Nearly five decades since its release, its bloodline continues.