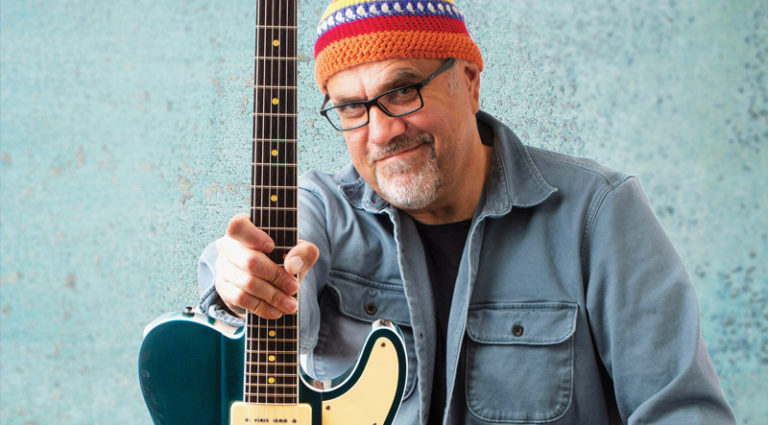 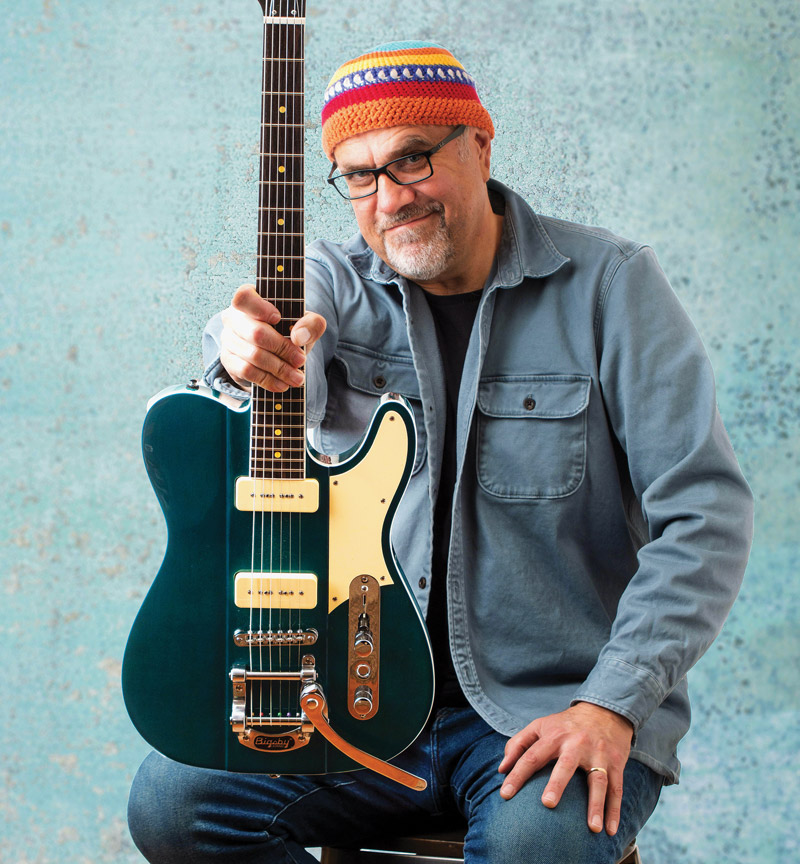 The latest release from guitar master Greg Koch is From the Up’Nuh with his son, Dylan, on drums and B3-whiz Toby Marshall on organ. Collectively, they’re the Koch Marshall Trio, and they cover a lot of ground. Koch recently let us in on what he has been doing during the pandemic, and discussed the new version of his Reverend Gristlemaster guitar.

In 2017, the Trio recorded Toby Arrives, but delays with a label kept it from being released. By early 2020, Koch opted to release it himself. The timing, he admits, was questionable.

“Our agent asked what was the point of putting out a record when we can’t go on the road. I said, ‘Well, I’m doing five live streams a week, I think we can reach a sufficient amount of people that might actually purchase the record.’ Lo and behold, I was correct. We did a pre-sale and it was more successful than anything we’d done in the past.”

We sat with him to dig deeper.

So, independent release seems to be the way for you to go.
Yeah, and now we have almost another whole record done. We’ll probably put the spit shine on that over the summer and get it out in the fall.

How do the three of you come up with the tunes?
What usually happens when we get together is we start jamming; Toby and Dylan start playing and I’ll join in. Otherwise, it comes in different ways. Some tunes I have pretty much done, then I think, “What if I added this here?” I have tunes in GarageBand or demo on my phone and occasionally they’ll sneak out, and I’ll think “S**t, I forgot about that one.”

The last year has been weird for musicians, but you’ve been a presence on the internet.
I think there’s aspects of the pandemic that will continue to happen. Like live streams. Toby comes down here and he makes better dough than he would playing in whatever bar bands. When we do a live stream, he makes a respectable stipend. We do an hour and a half and he’s like, “Why would I play in a hellhole until 2 o’clock in the morning for 100 bucks?” In some aspects, it was horrible for venues and musicians who didn’t have ways of generating income, but people who had the opportunity and weren’t stifled were able to capitalize on it. For me, it was an easy pivot. A lot of the stuff I was doing with Fishman, they wanted before the pandemic to do even more on the internet. They’ve really helped us dial-in, visually and audio-wise, for the streams from home. Then I started doing the Wildwood Guitars thing from home. And I started a podcast that’s doing very well. All of those different things are going well. I enjoy going places, playing in front of people, and interacting with people, but more than anything I enjoy playing. If I can go downstairs, do some online things, a couple of Skype lessons, and hang out with my fam, it’s not a bad way to roll.

How did the latest version of the Gristlemaster come about?
I’ve always loved P-90s – love the sound, don’t like the noise. When I started the relationship with Fishman, I thought it would be nice to do something like that. It took a while because of a supply-and-demand issue. Once we put the first Reverend guitar out, I toyed with the idea of the same shape, but with a Gibson scale, a set neck, a Bigsby, and then maybe collaborate with Fishman and come up with a signature set of P-90s for that. It was a long process, but it all came to fruition.