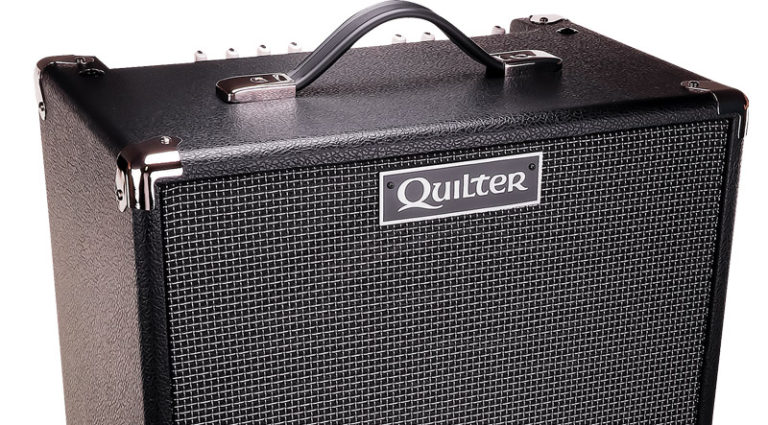 Quilter Labs has gained a rep for busting popular perceptions. They’ve attempted to step up their game with this single-channel combo voiced to deliver classic Fender tones – in a tubeless amp.

The Aviator Cub is an open-back cube, blissfully light at 21.5 pounds. It offers three distinct voices: Tweed (based on a 1960 Deluxe), Blonde (’62 Bandmaster), and Black (’65 Deluxe Reverb). Each is accessed through a dedicated input. The custom 12″ Eminence speaker has appropriate vintage character but also the capability to handle the Cub’s 50 watts.

The Cub manages overdrive with the interaction of Gain and Limiter controls. Using a Tele in the Tweed input, we dialed in a sandy drive with the Gain at 3 o’clock and the Limiter down all the way. To add more control, we brought the Limiter up a touch and found the grit responsive to guitar volume and attack.

On balance, the Cub was most convincing of vintage tones with less drive, though the Black’s high gain was full and plush. On the other end of the spectrum, the amp cleans up very nicely and can offer the round, burping tones with plenty of headroom that jazz players often seek in Class D amps such as this. It’s a wonderfully clean slate for pedals, too, whether through the front end or the effects loop. The versatile output section includes a cabinet-voiced line-out and a headphone jack that share a Level control independent of the speaker’s Volume control.