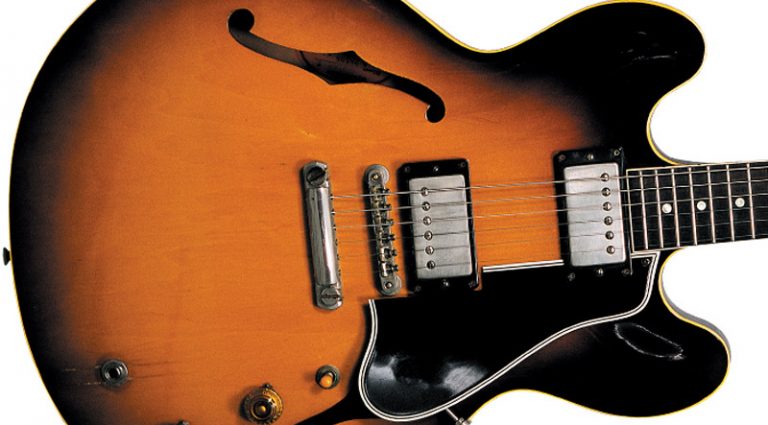 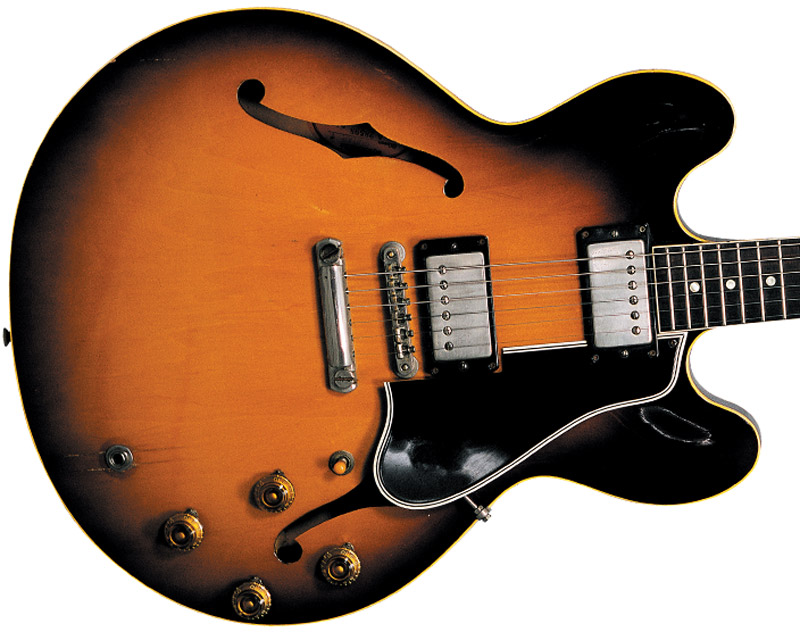 Early every guitar conceived or designed by Ted McCarty during his tenure as president of Gibson (1948-’66) is
today seen as exemplary of the company’s best work.

McCarty, who launched the Les Paul model in 1952, followed with many more ideas that kept Gibson at the forefront of the industry, especially among jazz, big-band, and blues players. One of the more remarkable spurts of creativity occurred in 1958, when McCarty brought the world the Flying V and the Explorer. But along with these futuristic “failures,” that year also saw the introduction of the McCarty-conceived ES-335T – the guitar that would ultimately serve as one of the company’s most enduring models, with steady sales through the company’s well-publicized ups and downs. And it is still strong today.

A true benchmark, the 335T (the T denoting “thinline”) was the result of inspiration derived from the willingness to listen to player complaints about acoustic-electric guitars like the Gibson ES-150, ES-135T, 225T, Byrdland, and others being difficult to amplify at stage-volume levels. McCarty, knowing that certain hollowbody elements did work well, wanted to offer a guitar that resonated like a hollowbody while sustaining like a solidbody and producing high-frequency response somewhere between the jazzer favorite L-5 and the pop-rock-preferred Les Paul. In developing the answer to these evolutionary steps, McCarty and his team invented a new style of guitar – the semi-hollowbody.

The concept was to put hollow “wings” on a solidbody instrument. More precisely, it was based around the use of  a block of maple  glued to the guitar’s top and back. The block also served to anchor several key components that made solidbodies superior in terms of sustain and overall tone, including Gibson’s stud (a.k.a. stop) tailpiece combination from the Les Paul, along with the company’s Tune-O-Matic bridge and spiffy humbucking pickups, which had been introduced in ’57. Additionally, it served as the base for Gibson’s “solid-fitting” neck joint, which could not be used on true hollowbodies.

Combine all those factors with Gibson’s first-ever double-cutaway body shape, and the company had an amalgam that proved immediately and hugely popular priced at $267.50 in standard sunburst finish. In fact, it proved popular enough that by the following year, Gibson was offering upmarket versions called the ES-345 and 355, with fancier hardware and options like stereo wiring, Varitone circuitry, parallelogram or block fretboard inlays, split-diamond peghead inlays, and multi-bound bodies, necks, and headstocks.

Eventually, the 335/semi-hollow double-cutaway shape became Scotch-tape ubiquitous, as today semi-hollow guitars, regardless of their make or detail, are called “335-type” guitars. 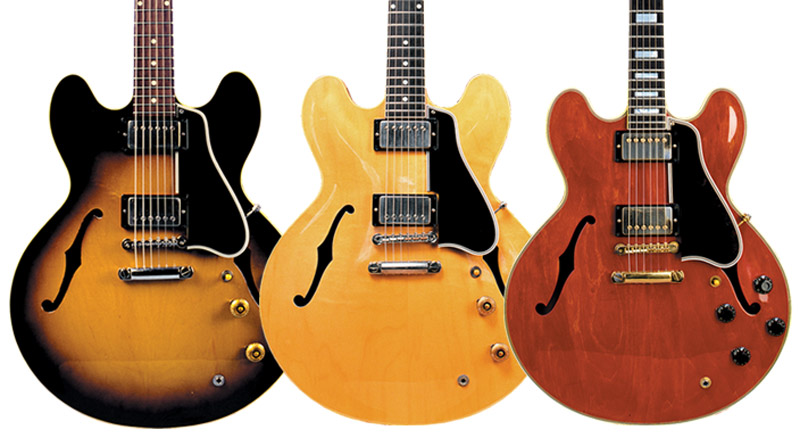 Special thanks to Walter Carter. For more info, check out Gibson Electrics: The Classic Years, by Andre Duchossoir, and Gibson Guitars: 100 Years of an American Icon, by Walter Carter.