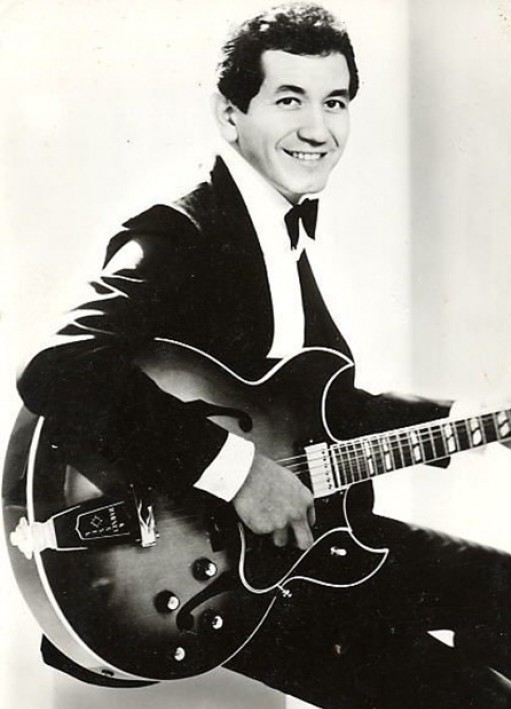 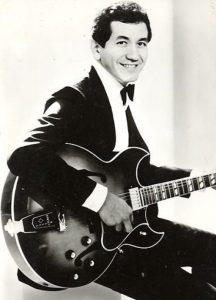 Trini Lopez, a rhythm-and-blues guitarist who gained fame by recording electric versions of staples like “If I Had a Hammer” and “Lemon Tree ” at the height of the American folk boom in the early ’60s, died August 11 of complications from Covid 19. He was 83.

Born Trinidad López, III to Mexican emigres in Dallas, his father was a singer, dancer, actor, and musician who influenced his sons to become musicians; Jesse became a well-known singer and guitarist in Dallas in the ’60s, while Trini formed his first band at age 15 in Wichita Falls, Texas, and later recorded with The Big Beats after Buddy Holly’s father recommended them to producer Norman Petty.

As a solo artist, Lopez signed to Frank Sinatra’s Reprise label, where he sang and played a high-energy guitar style called “the Trini beat” to songs that some critics said exploited folk music but nonetheless pushed him to fame and laid groundwork for later Latin rock. “If I Had a Hammer” reached #1 in 36 countries and, all told, he recorded 13 hit singles through 1968, including “Lemon Tree,” “I’m Comin’ Home, Cindy,” “What Have I Got Of My Own,” and “Sally Was a Good Old Girl.” On the adult contemporary chart, he racked up 15 more hits, including the Top 10 singles “Michael,” “Gonna Get Along Without Ya’ Now,” and “The Bramble Bush.” He also became a top nightclub performer in Las Vegas, and in ’68 went to Nashville to record Welcome to Trini Country.

His popularity spurred Gibson to issue a pair of signature models in 1964. Based on Lopez’s preferred Barney Kessel model but with his personal touches, the Trini Lopez Deluxe was a full-depth Florentine double-cut archtop with the pickup selector switch moved to the treble horn, a standby switch (the “La Bamba switch”) on the bass horn that cut signal from both pickups, and diamond-shaped sound holes. The Trini Lopez Standard, aimed at younger players, used an ES-335 body and the same electronics and sound holes. Both also had a headstock with six-on-a-side tuners, a preference Lopez developed playing Fenders in his early years.

Lopez also delved into acting, beginning with a cameo as a nightclub performer in 1965’s Marriage on the Rocks and reaching an apex in ’67 with The Dirty Dozen. At the time, he was so popular that his name was arguably the biggest among the cast that also included Charles Bronson, Ernest Borgnine, John Cassavetes, Lee Marvin, Donald Sutherland, Telly Savalas, and NFL Hall-of-Famer Jim Brown. Though he never gained widespread acclaim as an actor, he continued a successful musical career into the mid ’70s and gigged selectively into 2019.

In 2003, Lopez was inducted to the International Latin Music Hall Of Fame. In ’11, he released his 65th album, Into The Future. A documentary on his life, My Name Is Lopez, by Todd Hughes and P. David Ebersole, is set for release in 2021.