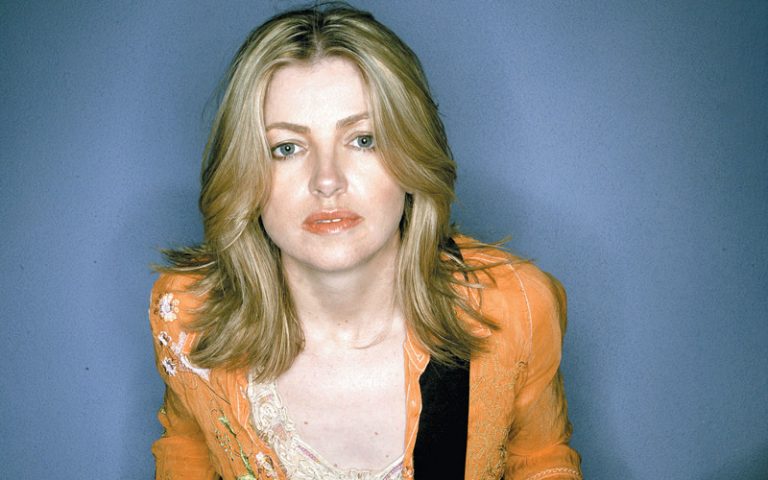 As impressive as 2004’s Roll was, the eclectic Koala Motel (on Messenger Records) represents a major step up in Anne McCue’s playing and especially songwriting. Lucinda Williams, Jim Lauderdale, John Doe, and Heart’s Nancy Wilson all cameo, but McCue is clearly in command.

The Australian, who’s made L.A. her home the past seven years, grew up in a musical family but didn’t take up guitar until age 16. Stints in film school, the all-female, self-described “heavy rock” Girl Monstar, and a year playing cafes and clubs in Saigon (“There weren’t any other people playing rock and roll in Vietnam at all – nobody”) preceded her solo acoustic debut, Amazing Ordinary Things.

Upon hearing it, producer/bassist Dusty Wakeman became her co-producer for the two followups. “He’s from Texas, and I think Texans and Australians are similar,” Anne says in an Aussie twang far removed from the sultry voice she summons on stage and disc. “We’ve got a similar culture. The weather, the beer, the hard-rockin’ sort of music, the terrain – both big and empty.”

Vintage Guitar: A lot of guitarists who can play blues convincingly don’t go outside that box a whole lot. That’s one of the things that sets you apart.

Anne McCue: I think I’ve got naturally eclectic tastes because I had so many brothers and sisters. They had their own tastes, and you put them together in one record collection. My sister came home with Egberto Gismonti’s Danca Das Cabecas when I was just a kid. But, boy, did that make me interested in playing guitar! She also came home with Miles Davis’s Kind Of Blue when I was 11, and we were all just blown away by it. So having all these different records coming in, I was lucky, and it gave me a wider range of influences.

When I first started, I didn’t even put it in concert tuning; I had it in all different tunings and just improvised for hours. It just made me feel like there weren’t any rules about it. Gradually, as you go along, you get shoved more and more into these “more accessible” formats and pop songs.

Who were your main guitar influences?

The first one was my brother, because he played and was very good – a real natural. Then, of course, we had the Beatles records in our house – so George Harrison, definitely. He played very simple but melodic lines. Then Led Zeppelin. I’ve got seven older brothers and sisters, so I was influenced by what they were listening to. But I discovered Django Reinhardt separately from that, and have played his tunes – or attempted to, anyway. I also love Charlie Christian. Not many guitar players have ever had such a good tone – same with Django.

Then Stevie Ray Vaughan kind of introduced me to Jimi Hendrix more, even though I’d heard the Band Of Gypsys album. But when he played “Voodoo Child,” it made me interested to check his version against Jimi’s and see the differences. He had a really fat tone; it was bewildering to me. And his Texas shuffle is such a masculine thing. He’s so powerful. And Hendrix was just such a great musical force, you can’t help but be influenced by him. I love “Machine Gun.”

But I also liked Robert Fripp, when he played with Brian Eno and David Bowie; it’s so angular. Especially at that time, there was a lot of really bad guitar playing going on – early ’80s… Not bad, but I didn’t like it – all that soft metal stuff. When I heard Fripp’s guitar solo on “St. Elmo’s Fire” by Brian Eno, I thought, “That’s a guitar?” It made me more interested, because it made me realize there were so many more things you could do besides the standard. I don’t do that much; the most I ever do probably is play a bit of slide and put on an octave pedal. 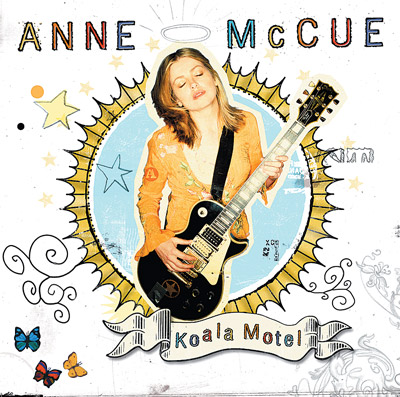 What are your main guitars?

I’ve got three reissue Danelectros, including a baritone, for that twang factor. And my Danelectro 12-string is incredible. It sounds beautiful, it’s easy to play. The ’79 Les Paul [three-pickup Custom] is my main guitar. For acoustic, I’ve got two Matons, from Australia. I got my main one brand-new in ’88.

Do you play both bottleneck-style and lap steel?

Yes. Lap steel is more ethereal. I don’t have a Dobro or anything, but I use my acoustic and put one of those string-raisers on the nut. I use mainly open D – sometimes open G. If I want a more distorted sound, I play slide on my Les Paul – although “Hangman” [on Roll] is really distorted, and that’s on lap steel. It’s a Morrell – made in the U.S.A.; got it for $125. George Harrison was obviously an influence on slide, but there’s a band in Australia called Rose Tattoo, and they had a really good rugged, rough slide sound.

What’s your amp and stompbox setup?

Phil Jamison, who worked at Matchless before they closed down, started making amps. So I’ve got a custom-made, 30-watt Jamison amp, which is a trapezoidal shape. It’s maroon with plaid grillecloth. The sound is sort of a mix between a Vox and a Fender Twin, with a blue Jensen and a Celestion – two 12s.

I’ve got a [Boss] Compressor/Sustainer for my lead breaks, a Fulltone distortion, a Vox wah pedal, an old maroon Boss Analog Delay, and a Line 6 delay unit with a loop function, which I used writing “Ghandi” [Roll] Then I’ve got the Boss Octaver, which you can’t use much, but it’s really cool for that ’70s funky sound.

Who influenced your writing?

I like Neil Young. After The Gold Rush is one of my favorite albums. I love John Lennon. And I used to play all those old jazz songs by Gershwin and Berlin; I love really good, classic songwriting, with a structure. But I like Lucinda Williams, because she knew how to bring it down to the essential elements – what are you trying to say, and how can you say it in the most straightforward way possible? That was a good lesson for me.

Whenever I write songs, I try to make it like a movie. So the person can see the song, see the story. – Dan Forte