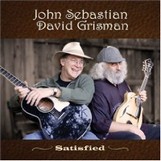 
This article originally appeared in VG‘s Jan ’08 issue. All copyrights are by the author and Vintage Guitar magazine. Unauthorized replication or use is strictly prohibited.
Current Issue

Don Rich and the Buckeroos – Country Pickin’: The Don Rich...

Sandblasters and The Boss Martians – Space Bar-B-Q and 13 Evil...