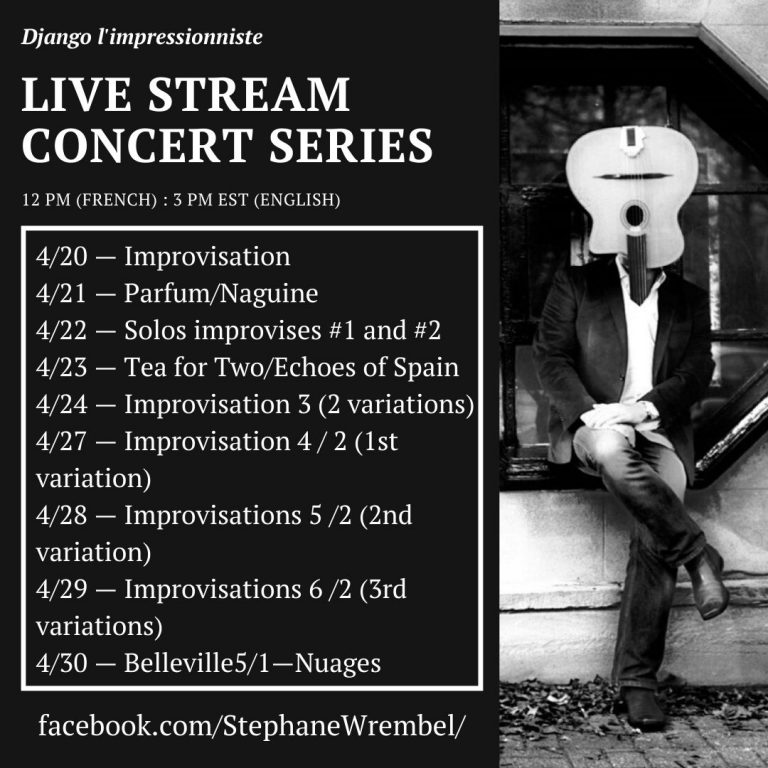 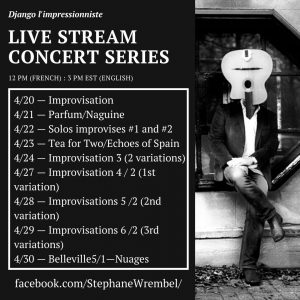 Stephane Wrembel is presenting a series of interactive mini concerts, performing from the early repertoire of Django Reinhardt, one of the most-influential musicians of the 20th century. The series will be streamed live on facebook.com/stephanewrembel/.

The compositions are from his 2019 release, Django l’impressionniste, which spotlights 17 little-known solo pieces Reinhardt recorded between 1937 and ’50. The concerts post weekdays at 12 p.m. (French) and 3 p.m. (English) Eastern. He’ll also discuss structures, the relationship to the esoteric and mythological world, and translate the beauty and sophistication of each composition, then field questions from the virtual audience. The schedule is: