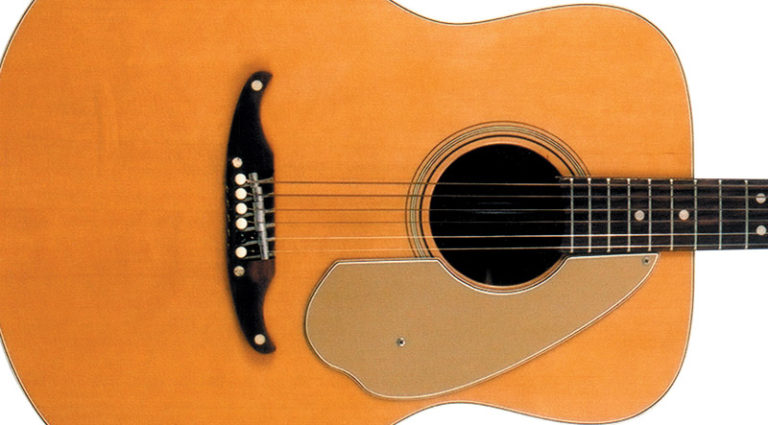 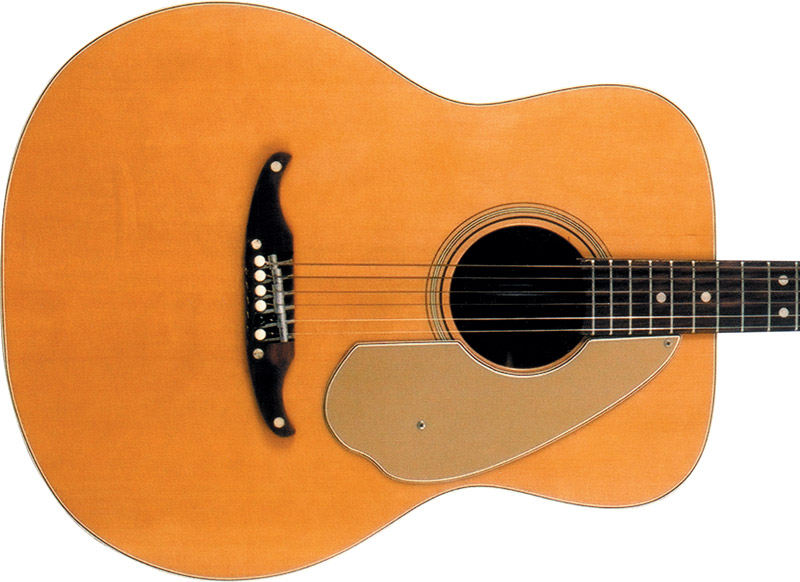 Whether all collectors are as attached to nicknames as guitar enthusiasts is unclear. Do salt-and-pepper shaker collectors have fond shortcuts for, say, a Popeye and Olive Oyl set? “Spinach Special?” Maybe!

One thing is certain: guitar players and collectors love to come up with affectionate epithets for their favorite objects of obsession; “Black Beauty,” “goldtop,” “frying pan;” all refer to specific instruments and conjure warm emotions. But the sobriquets are not always positive. Witness the 1969 Fender Palomino, commonly referred to as a “broomstick” – a term not always intended to convey good vibrations!

Some manufacturers, try as they might, just don’t seem to have any luck with certain categories of instruments. There’s probably no more respected maker of bolt-neck electric guitars than Fender. Ditto for Gibson and its set-neck guitars. Neither has had much success in crossing over, constructionally speaking. Similarly, Martin has never been successful with solidbody electrics. Fender has never done very well making acoustic guitars. Luck aside, this track record is about marketing, not necessarily the guitars themselves. Fender set-necks, Gibson bolt-necks, Martin electrics, and Fender acoustics all have fine representatives that just never caught on with players.

The broomsticks represent Fender’s first foray into the world of acoustic guitar manufacturing (although they did sell some Harmony-made acoustics before this) and are tied to Roger Rossmeisl’s influence on American guitars.

Rossmeisl (born 1927 in Graslitz, Germany) was the son of Wenzel Rossmeisl, who became one of the top luthiers in Germany and maker of the respected Roger guitars, named after his son. Wenzel was also involved in Este guitars, and while he most likely didn’t invent the notion, Wenzel’s guitars featured a relief around the edge that became known as a “German carve.”

After World War II, Roger decided to cast his fate to winds and in 1952 emigrated to the U.S. He got a job with Ted McCarty at Gibson, though no one seems certain what Rossmeisl did at Gibson, and McCarty himself recalled that Rossmeisl left after about a year to play Hawaiian music on a cruise ship.

No one seems sure of Rossmeisl’s exact next move, either, but he resurfaces working for F.C. Hall and Rickenbacker. Some think he was hired in 1954 to help Paul Barth design the first Rickenbacker Combo 600 and 800. That may be true, but the Combos show nothing of Rossmeisl’s handiwork and greatly resemble Barth’s later designs for Magnatone and his own Natural Music Guild. It is known that Rossmeisl transformed the Combos into the 650 and 850, with “extreme cutaways” giving access to the 20th fret and, more significantly, introducing the top edge relief (or “German carve”) to American guitars.

Other Rossmeisl designs followed, including the legendary 4000 Bass with the “cresting wave” body shape, followed by the Combo 450 and 425, and the Capri series in 1958. Rossmeisl also did Rickenbacker’s acoustic and electric jazz boxes and flat-tops, the former all with German-carve tops. Most of these were made by Roger himself.

In ’62, Rossmeisl approached Leo Fender about designing a line of bolt-neck acoustic guitars. The Folk Revival was still in high gear and there was a great demand for acoustics. Leo agreed, and Rossmeisl quit Rickenbacker, bound for Fullerton. The result was the King, Concert, Classic, and Folk models introduced in 1963. All had bolt-on necks and Fender-style six-in-line heads. Models with pickguards had them screwed onto the top. The first 200 to 300 or so examples did not have the famous “broomstick.” This suggests that adding the 1″ rod made of aircraft aluminum was not part of the original design and probably was a fix to a stability problem. Of course, the addition of an internal bracing wasn’t new. The Larson Brothers in Chicago had used this method to relieve stress on the top in the early part of the 20th century, and it’s seen on some European guitars, which is probably where Rossmeisl learned about the technique. The broomsticks don’t seem to have much effect on the sound, so they’re probably meant to compensate for the lack of a heel and the dovetail joint into the heel block.

The King was the top of the line and, according to the catalog was available in a number of exotic wood options, including Brazilian rosewood, Indian rosewood, zebrawood, or vermilion. In ’66, its name was changed to the Kingman, and various finishes were available, including sunburst, Antigua, black, and custom colors.

Other acoustics followed under Rossmeisl’s tenure, including the Shenandoah, Malibu, Villager, and Newporter. In ’66, Rossmeisl hooked up with a Danish inventor who had developed a way to inject dye into the roots of growing beechwood to color the wood prior to harvesting. This “Wildwood” was used on the Kingman and the Coronado semi-hollowbody guitars, as well as acoustics given the Wildwood model name. In ’68, the Palomino and Redondo joined the line.

The Palomino shown here has a neck date of January 26, 1969 (serial number 26784). This was a little further down the line than the King, but still had a solid spruce top. The binding is single-ply (as opposed to the triple binding on the King). The back and sides are lightly figured solid mahogany. The neck is maple. If you imagine a Strat neck adapted to an acoustic guitar, you have it close enough!

If the idea of a bolt-neck acoustic isn’t very attractive or just seems wrong, know that this guitar plays very nicely and sounds quite good. It’s better in open-chord tunings than standard tuning, but that’s true of many acoustic guitars. You wouldn’t confuse this with a premium Martin or Gibson, but you wouldn’t be ashamed to play it, either. And it certainly would give you a unique look!

The Fender/Rossmeisl acoustics ended in around 1970, and Rossmeisl lasted not much longer. But not before he created the Thinline Telecaster and the Montego jazz boxes. Rossmeisl returned to Germany in the early ’70s, where he died in 1979 at the age of 52. Nevertheless, he left a considerable legacy for fans of American guitars, not the least of which are these Fender “broomsticks!”

This article originally appeared in VG‘s November 2007 issue. All copyrights are by the author and Vintage Guitar magazine. Unauthorized replication or use is strictly prohibited.