Home Music Replacements – Don’t You Know Who I Think I Was? 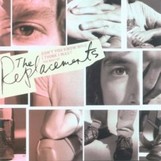 Shakespeare would have labeled them a tragicomedy. Rock and roll called them business as usual.

The Replacements were a quintessential rock and roll band – a lot of attitude, a lot of talent, and doomed to an early death. They also exuded their fair share of drama, which was all part of the fun. As they promised in one of their several swan songs, “Talent Show.” “With my waxed-up hair and my painted shoes, I got an offer that you can’t refuse…”

On offer now is the band’s first “best of” collection. Or their second, depending how hard-core you are.

Formed in the early 1980s, the Replacements came blasting out of Minneapolis with their volume knobs pinned at 11. Powered by Paul Westerberg’s songcrafting and Bob Stinson’s over-the-top guitar hooks, the band became famous for not giving a damn. They were known for falling down drunk more often then blowing the roof off clubs, yet between clunker shows of Kiss and country-western covers, everything might click to create a legendary performance. By 1991, the band fell apart, but not before inspiring countless indie acts, from the whole post-punk and grunge movement on.

In 1997, the Replacements released the compilation All For Nothing/Nothing For All, an enhanced two-CD greatest hits package including a handful of videos. Yet due to record-company wranglings, this set lacked anything from the band’s pioneering Twin-Tone days – arguably their wildest and coolest material.

That wrong has been set right on this new, single-CD distillation, comprising 18 classic tracks backed by two new songs cut by the remaining Replacements over Christmas 2005. Now for the first time, fans and newcomers have an idiot’s guide to the Replacements, tracking their history from 1981’s stellar punk debut Sorry Ma, Forgot to Take Out the Trash to 1990’s slickly dysfunctional All Shook Down.

So, did the “best of” editors pick the best? Yes, and no. If you’re new to the band, it’s perfect; finally, tunes like “Shiftless When Idle” and “Left of the Dial” are together on one disc. Rolling Stone raved over this new set and pinned it with five stars – yet the magazine also largely ignored the band when it was actually alive.

If you’re an old-time fan, you’ll already have these cuts, and they sound out of place grouped here. Color it commercial. The glory of the Replacements simply doesn’t fit onto a single greatest hits disc.

Yet old-time punkers aren’t buying Don’t You Know for nostalgia kicks; they’re after the much-bally-hooed new tunes, “Message to the Boys” and “Pool & Dive.” The Replacements’ revival has been hailed on the internet for months now, along with rumors that Westerberg, Tommy Stinson, and Chris Mars will reform for a tour.

So, were these new songs worth the wait?

They certainly sound like vintage Mats – from the Don’t Tell A Soul era, that is. Raunchy guitar, cool hooks, and shouted-out lyrics. Yet they’re also slickly produced, rocking without being too rocking, and popster lyrics without much depth of soul. Ideal for hip radio, in other words.

In the end, this greatest hits collection only gives a hint of how great the Replacements were.


This article originally appeared in VG‘s Sept. ’06 issue. All copyrights are by the author and Vintage Guitar magazine. Unauthorized replication or use is strictly prohibited.