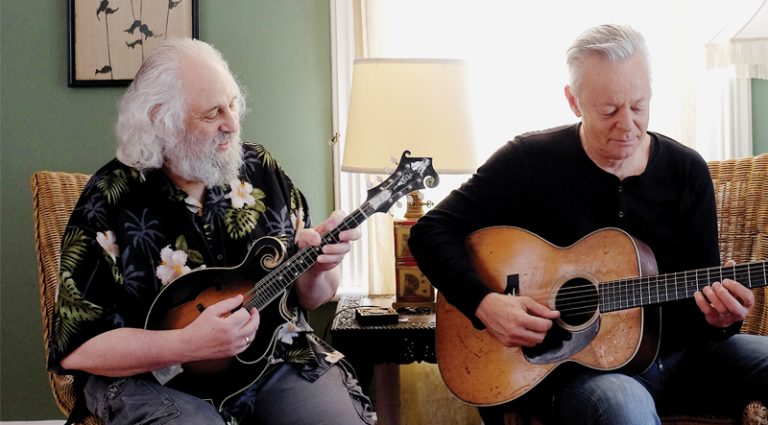 Tommy Emmanuel is one of just five pickers hailed by his mentor Chet Atkins as a “certified guitar player,” or CGP. On two new albums, Emmanuel provides proof with every passage.

Australia-born Emmanuel not only dazzles with his fingerpicking and songcraft, but he’s renowned for onstage solo improvisations. These two albums – played with a stylistic range of duet partners – showcase his amazing extemporaneous picking.

Pickin’ combines Emmanuel with mandolinist David Grisman, and the duo is obviously having fun here. They stomp through this set, never letting up. The album includes 10 Grisman compositions, including five written just for the project; “Standing Rock” (in honor of the recent North Dakota pipeline protest), “Farm & Fun Time,” “Port Townsend Blues,” the barn-burning “Zorro’s Last Ride,” and the gently swinging “CGP & Dawg.”

Throughout, the sound on Pickin’ is warm, lush, and rich – a masterclass in picking.

Accomplice One is a different kind of duet album, Emmanuel joining forces with an array of players and singers. It kicks off with a powerful “Deep River Blues” with Jason Isbell, the two trading licks with fury. Mark Knopfler and Emmanuel swap vocals and choruses on “You Don’t Want To Get You One Of Those,” swinging sweetly and beautifully. The standout, though, may be the duet with Dobro master Jerry Douglas on a reimagined “Purple Haze.” Daring and audacious? Yes and yes, and the results are phenomenal.

A new album from Emmanuel is big news in these pages, but to receive two together over a couple months is a true gift.