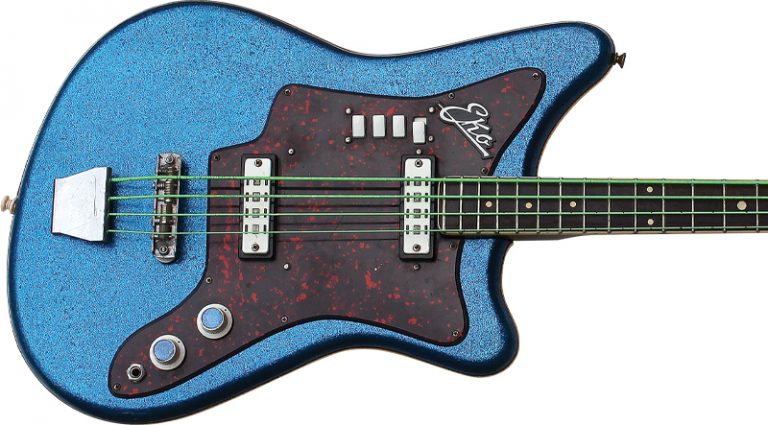 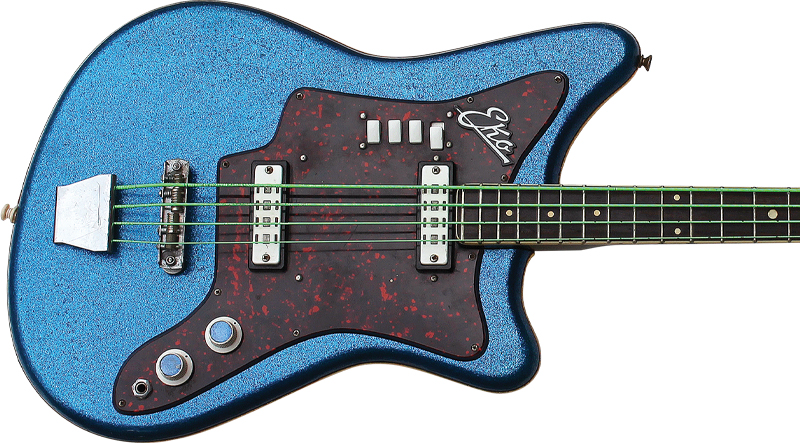 By the early 1960s, Europe’s industrial bases had mostly recovered from World War II. Many musical-instrument manufacturers stuck to products popular in their respective countries, but some were innovating, especially those building solidbody electric guitars.

Early promo referenced their Italian manufacture – a brochure from the England-based distributor Dallas used phrases such as “…styled the Italian way, which has set the post-war fashion from clothes to cars!” and “Consider the buzz-free fingerboard laminated with woods air-dried under the Italian sun.”

The new solidbodies had “glitter finishes vacuum-bonded on to smooth streamlined bodies.” Basically, Pigini was taking leftover sparkle and pearloid accordion material and attaching it to wooden guitar bodies. The earliest incarnations had push-button pickup controls and rollers/thumbwheels for Volume and Tone controls on the upper bass bout.

By the time Eko’s 500- and 700-series guitars were shown in a 1962 catalog, Volume and Tone controls were traditional knobs in traditional locations, while pickup switches remained upstairs. The 500 had a slightly-offset shape a la Fender’s Jazzmaster, while the 700 had a map-shaped/triple-cutaway silhouette with a knee notch on the lower treble bout (it debuted around the time of American instruments such as the National Glenwood). 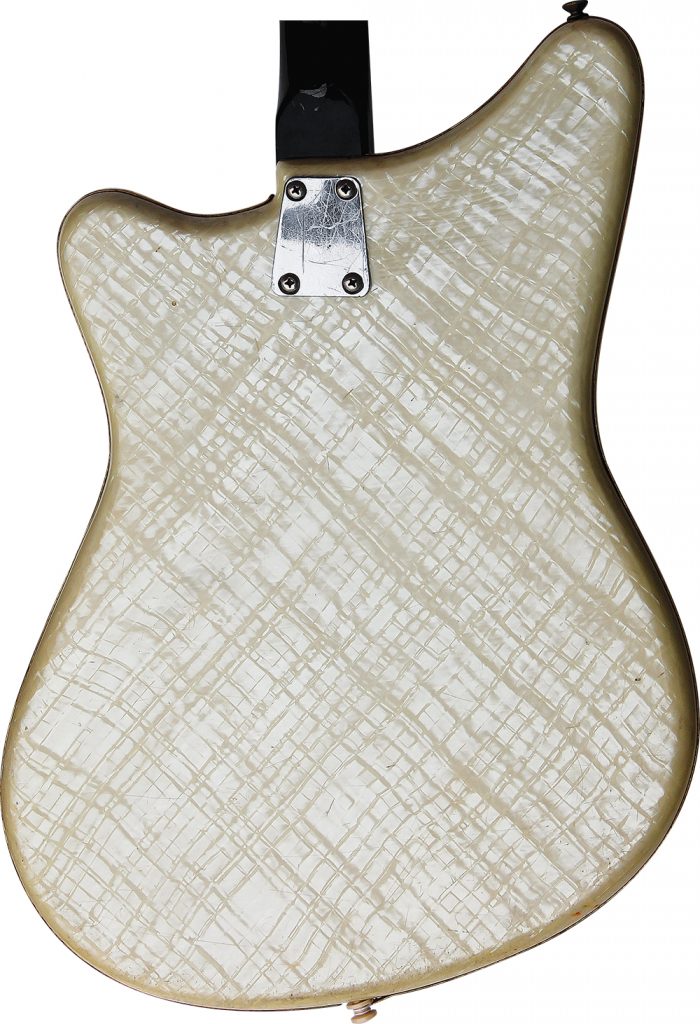 The basses had a 30″ scale on a bound neck with 20 frets and pearloid markers on the third, fifth, seventh, ninth, and 12th frets. The headstocks had silhouettes coordinated with their body styles – the 1100/2’s being bound and Fender-like (four on a side), the 1150/2’s a scroll. Truss rods could be accessed through a three-screw plate on the front of the head.

The ’63 brochure showed solidbody guitars and basses with traditional finishes while the availability of accordion finishes was nebulous – the text touted “celluloid-covered bodies” (saying nothing about colors of the tops and backs), and RN was no longer an option. The lack of specificity may have hinted the celluloid series was available with any combination of colors, though it’s doubtful Pigini was offering a pick-and-choose concept. Three new basses – two hollowbodies and a solid “all-wood” model – were shown, and others listed including the 1100/2 and 1150/2 “celluloid” models.

Eko’s ’64 catalogs used color illustrations and the two celluloid basses were back on display; the 1100/2 illustrated as “3 Dimensional – Peroxlin (Mother of Pearl)” and “Double Cutaway Style fully covered with Peroxlin.” Electronics, dimensions, and hardware were unchanged.

The 1100/2 shown here is a definitive example if Eko’s celluloid instruments, sporting a blue-sparkle top and white mother-of-pearl back separated by the gold strip. Sparkle/pearloid models were out of Eko’s catalog by ’65. And while their wild aesthetic debuted at the front edge of the “guitar boom,” the garish instruments didn’t carry over into the phenomenon.

One might also speculate just how the 1150/2 affected the design and development of Eko’s violin-shaped 995 bass (VG, February ’11), which debuted in the mid ’60s and became one of the company’s best-known instruments.

While Eko’s sparkle and pearloid solidbodies aren’t memorable in terms of tone, they often lead discussions about the aesthetics of ’60s kitschy (and now retro-cool) instruments.