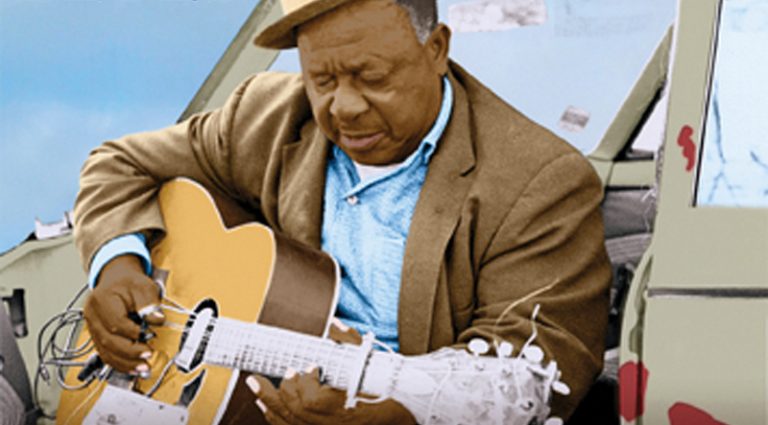 Big Joe Williams’ headstone is undoubtedly the only one on the planet that reads “King Of The Nine-String Guitar.” Because it’s true – as is the rest of the epitaph: “Big Joe sustained the longest recording career of any Mississippi bluesman, spanning seven decades, from 1929 to ’82. He was a true American original.”

As remarkable as the longevity of Williams, who was born in 1903, was his consistency. He reportedly added the extra strings (doubling the D, B, and high E in unison) so that nobody else could play his guitar.

Rockbeat has released a gem from the archives of Norman Dayron – a 1963 recording of Williams performing at Chicago’s Fickle Pickle, which was booked by Dayron’s friend, Mike Bloomfield, when Big Joe was just shy of 60 years old.

The recording quality is very good, at least of Big Joe. Bloomfield, Sunnyland Slim, and Washboard Sam are listed as sidemen, but are indiscernible. A real find would be a document of Williams backed by “Little Mike and Memphis Charlie” – Bloomfield and Charlie Musselwhite.