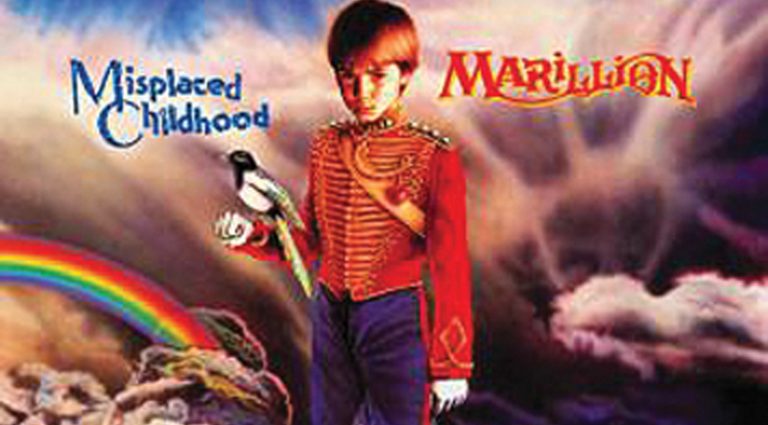 Progressive rock suffered an ignominious death in the ’80s, perhaps deservedly. That didn’t stop a few British bands from pushing onward, notably Marillion, which found a sweet spot on its third album, 1985’s Misplaced Childhood. Reissued here as a mega-deluxe box, listeners can enjoy the era in microscopic detail, including the remastered original album; two CDs from a superb Dutch concert; a disc of demos and B sides; and Blu-Ray disc of 5.1 remixes from the renowned progmeister Steven Wilson. There’s also a hard-cover booklet, vinyl options, and hour-long documentary.

For the uninitiated, Marillion lands between Genesis and Pink Floyd, conjuring cinematic mini-epics such as “Kayleigh,” the ’85 hit single that saved the band’s career. Singer Fish gave the quintet a Peter-Gabriel-styled frontman coupled the melodic, echo-laden guitar work of Steve Rothery, who mined David Gilmour and Steve Hackett but added his own special flair.

If you already know Misplaced Childhood, you’ll dig the remastered and Blu-Ray versions, but the concert from Utrecht, Netherlands is a real treat. The audio is crisp, with Rothery drawing forth languid, mournful Strat leads on “Incubus” and “Chelsea Morning.” If you don’t know Marillion, but love classic prog, this deluxe box set will indoctrinate you quickly.

Gooch and the Motion