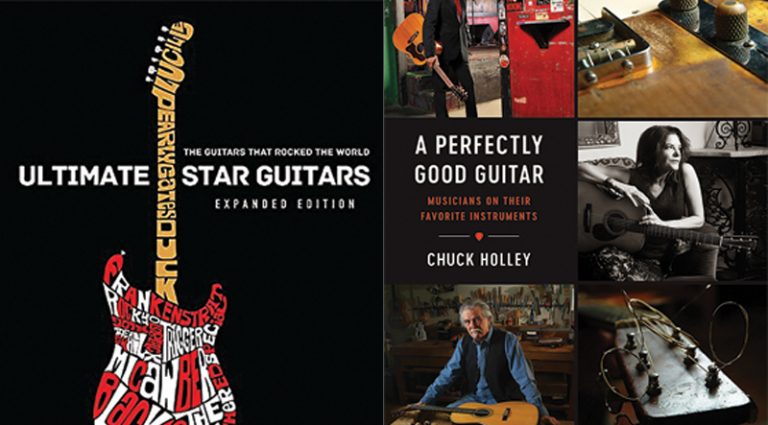 A good guitar fits like a well-worn pair of sneakers. Players often christen them with names, mods, and wear and tear that’s carried like a badge of honor. These two new illustrated books examine such beloved guitars in unique fashion.

VG regular Dave Hunter’s Ultimate Star Guitars takes a more-historical tact as he covers the most famous “star guitars” used by players from Son House, Django Reinhardt, and Charlie Christian to Jimi, Eric, the Edge, and others. Each instruments’ story is told along with its repairs, hot-rodding mods, and battle scars – all illustrated with hundreds of images of players, guitars, and associated memorabilia such as album covers, gig posters, and more.

Photographer Chuck Holley took to the road in search of the favorite guitars owned by 46 musicians, most of whom play in the realm of folk, country, blues, and Americana. A Perfectly Good Guitar is illustrated with dozens of specially shot images of the guitars and stars, backed by stories from players.

Interwoven with Holley’s gorgeous images, the text is very personal – love stories about the romance of a player for a special instrument.